Malaysia takes its push for more arrivals from the Middle East a notch higher. S Puvaneswary  looks at the plans in store 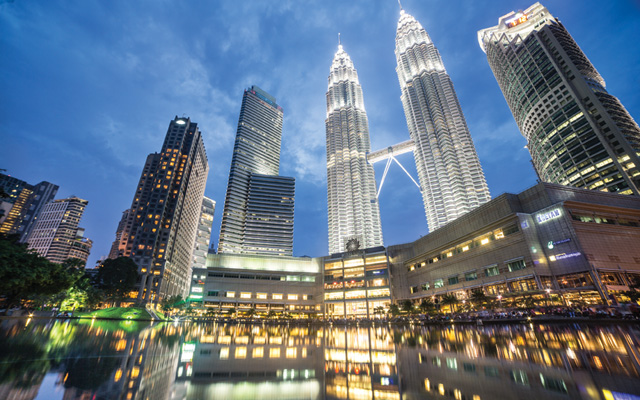 Whether it’s the launch of a new campaign, hiring dedicated market representative or investment in better systems to attract last-minute bookings, it’s clear that Malaysia’s all out to win over Middle Eastern travellers.

The attention given to the Middle Eastern market is deemed critical, as key markets from the region to Malaysia had tumbled in 2017.

Malaysia’s Ministry of Tourism and Culture and its promotional arm, Tourism Malaysia, are understandably concerned as Middle Eastern travellers are top spenders in Malaysia and stay between seven to 10 nights in the country.

The average daily expenditure of visitors from the Middle East, which varies from RM1,185 (US$303) for Kuwait to RM1,046 for the UAE and RM943 for Saudi Arabia, is notably higher than RM720 for Singaporeans, who contribute close to half of total arrivals to Malaysia and stay an average of four nights.

The decline was in part due to Tourism Malaysia’s reduced promotional budgets in 2016 and 2017, which resulted in a lack of presence in the UAE, TTG Asia understands.

“Also, the decline in tourist arrivals from Saudi Arabia was partly due to the austerity measures taken by the Saudi Arabian government to save money after tumbling oil prices.”

This included cutting minister’ salaries by 20 per cent and scaling back perks for public sector employees from September 2016 until March 2017. The uncertainty in the economy led some travellers to hold back on their longhaul holiday plans,” the source noted.

Malaysia’s mid-year mega sales period has been specially timed to coincide with the summer holidays, which is also the peak arrival period for Middle Eastern travellers to Malaysia. Carnival Mega Sale will run from June 15 to August 31 as part of the government’s efforts to promote Malaysia as a shopping paradise to the Middle East market.

As well, the Malaysian government is working on improving the arrival experience for foreign visitors flying into the country. According to Malaysia Airports Holdings’ managing director Badlisham Ghazali, Kuala Lumpur International Airport has been working closely with the Immigration Department since early 2017 to open more counters during peak periods to reduce queueing time.

He said: “The arrival experience is the first impression tourists get of Malaysia and if it is not pleasant, it could deter repeat visits to Malaysia. Tourists may opt to go elsewhere.

“Europe and Turkey are also aggressively wooing Middle Eastern visitors. Political instability in the Middle East has also resulted in more demand for short- and medium-haul holidays. Malaysia has to put in much more effort today to compete.”

According to Ally, his company had seen a decline of 30 per cent from the Middle East last year, the bulk of which is from Saudi Arabia. To arrest the decline, the company had employed a full-time Arabic-speaking marketing manager from Egypt to be based in its Kuala Lumpur office to be in regular communication with outbound agents from the Middle East and support the efforts of the company’s sales offices in Qatar, Kuwait and Egypt, which generates business leads and provides marketing support to agents on the ground.

To compete with OTAs, the company leverages its Arabic-speaking personnel to provide assistance and itineraries in Arabic.

Meanwhile, Within Earth Holidays has recently invested in a B2B system that allowed dynamic packaging with instant confirmation and the flexibility to make changes in hotel room categories and duration of stay, an initiative executive director Saini Vermeulen believes will give the inbound agency an edge to obtain last-minute bookings from the Middle East.

This year, the company also plans to work with partner hotels in Kuala Lumpur, Langkawi and Penang to invite several social media influencers from the Middle East on a fam trip to Malaysia so that they can share their experiences and attract more tourists to Malaysia.

He added: “We have also identified social media channels, influencers, bloggers and socialites that resonate well with the Middle Eastern travellers and we will invite them on fam trips to stay in our property.”