After seeing tourism fallout from a state of emergency, the Maldives is intent on getting out the message that it is the same paradise the world knew and loved, Feizal Samath reports 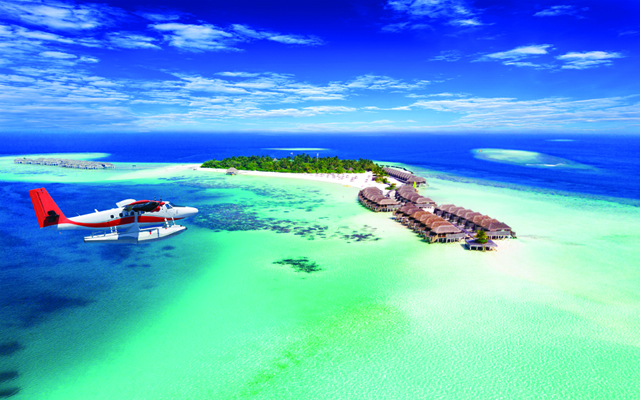 Following a wave of cancellations after emergency rule was declared in the country on February 5, tourism bodies in the Maldives are intensifying efforts to restore travel confidence in the country through international trade shows, marketing campaigns and dialogues with overseas embassies and authorities.

The emergency status had been activated to quell opposition protests after a Supreme Court order to release several political prisoners was revoked. Emergency rule was extended for another 30 days from February 19 and was finally lifted on March 22.

Among the fallouts from the crisis was the cancellation of a new Spanish charter, which would have brought in 750 passengers per week in summer, said Yoosuf Riath, CEO of Capital Travel & Tours. The authorities, he revealed, had been working for years to convince the charter operator to come to the Maldives.

Several countries had also issued travel warnings, including China, the Maldives’ largest source market. Trade sources said that in the initial days following the crisis, airports in China including Shanghai even displayed notices saying it was not safe to travel to the Maldives.

However, China has since downgraded advisory to just an alert, following discussions between the Maldivian government, industry bodies and Chinese authorities, a senior official at the Association of Travel Agents (ATA) told TTG Asia on condition of anonymity.

“Tourists are not affected at all because they go to the resorts straight from the airport and Malé is on another island,” he stressed.

“The key is to tell the world that the Maldives is safe for travel. Everybody is working hard on this, and to restore normalcy,” the ATA official added.

A major challenge for the Maldivian trade, whenever any political crisis erupts in the atoll nation, is to convince visitors that the resorts are located far away from the political action in the capital and that travel – and tourists – would be unaffected.

In spite of the spate of travel advisories issued during the 45-day state of emergency, tourist arrivals to the Maldives in February 2018 rose 19 per cent year-on-year, with Chinese inbound numbers surging 38.1 per cent from the same period last year, in part due to the Chinese New Year, which fell in February this year.

While the arrivals for February did not register any drop, Abdulla Ghiyas, president of the Maldivian Association for Travel Agents and Tour Operators (MATATO), is more worried about cancellations and declining enquiries for subsequent months.

“We need to look at March data too. I think April to June will be difficult months,” he said, adding that refusal by resorts to refund may have also mitigated declines in February.

Sharing similar concerns, Sunny Umar, CEO of Maldives Getaways, remarked: “The impact of cancellations would be felt in May-June.”

At press time, general manager of an inbound travel company, who declined to be named, said the number of cancellations has reduced and enquiries have returned to the pre-emergency level.

MATATO – while looking to launch its own marketing initiatives – is also urging the government to spend more on destination marketing to counteract the effects of negative press.

Earlier in January, tourism minister Moosa Zameer announced that 100 million rufiya (US$6.5 million) would be spent on tourism marketing in 2018, an amount that is likely to increase after the February crisis.

Tourism deputy minister Hussain Lirar has announced that the industry is working with the government and overseas PR agencies to restore confidence for travellers.

Meanwhile, the message that the Maldives is safe to visit was disseminated at the recent ITB Berlin.

This year, the country’s tourism promotion body, Maldives Marketing and Public Relations Corporation, plans to participate in 10 international travel fairs, including in China, Russia and Germany.

In January, things were looking up for tourism in the Maldives, with 2017 arrivals growing at double the rate over the previous year.

Moreover, an ongoing airport expansion was set to increase capacity by over six times, and plans were underway to attract more airlines to the destination.

These would help to tackle an oversupply of rooms in the Maldives, which is expected to see an addition of 20 new resorts this year.