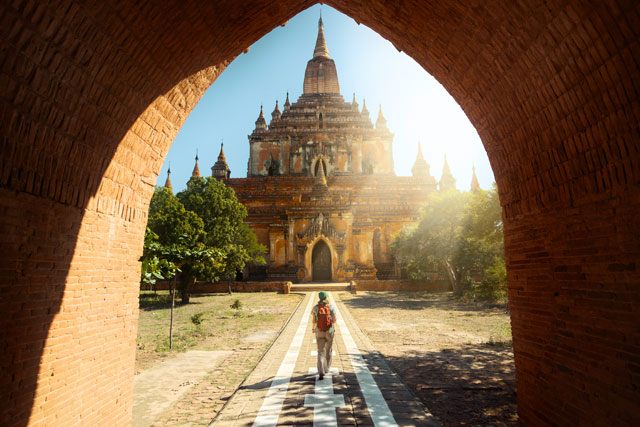 In 2016, international visitors into Bagan grew 17 per cent to 282,387, with the largest increase coming from overland tourists due to improved Mandalay access, according to C9 Hotelworks’ Myanmar Tourism Market Overview June 2017 report.

While Nyaung U Airport is currently Bagan’s main gateway, accounting for 44 per cent of total foreign visitors, C9 reported that the share of overland arrivals grew from 24 per cent in 2013 to 38 per cent last year on the back of improved access from Mandalay, the second largest city in Myanmar and with its own international airport. Bagan’s top five source markets were the US, the UK, Germany, France and Japan. Overall, Europe and the US represent approximately 24 per cent of international markets followed by Asia at 14 per cent.

FIT bookings currently make up 38 per cent of hotel stays, with the remaining coming from agents.

“Hotels are also experiencing stronger visitation from the domestic market, (as) local destinations become popular vacation spots on national holidays such as the Water Festival. The trend is anticipated to increase tourism demand during the low season, which falls in the second and third quarters of each year,” added Bill Barnett, managing director of C9 Hotelworks.

Within the next two years, 804 additional keys are expected to come on-stream, with a trend towards smaller scale development, the report revealed.

However, the growing hotel supply is set to stabalise in the mid-term especially in the outer area of Nyaung U and New Bagan due to the prohibition of new developments within the city’s Archaeological Zone, Barnett said.