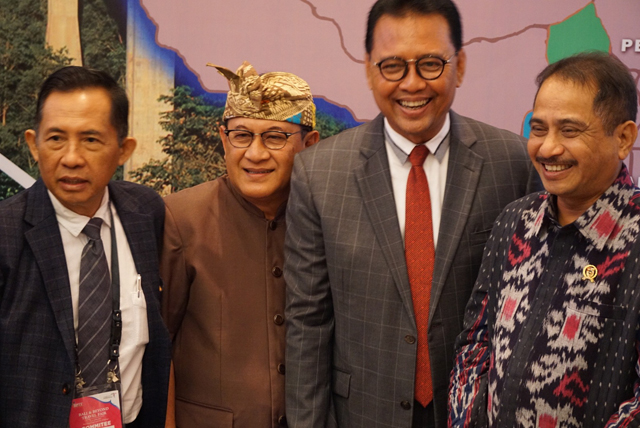 The Bali & Beyond Travel Fair (BBTF 2017) must expand its horizon, attract more buyers and grow into an international event if it is to become a true marketplace, according to Arief Yahya, Indonesia’s minister of tourism, speaking at the closing press conference of the show last Saturday.

The minister had last year recommended for the organising committee to step BBTF up from an Indonesia inbound-only show to become a regional event this year by having neighbouring ASEAN sellers, before further expanding to become an international event. This year, he urges the same, stressing that “customers like a one-stop shop more than an a stand-alone one” and citing the success of international shows like ITB Berlin.

Ketut Ardana, chairman of the BBTF organising committee, reported that the show this year saw participation of 188 sellers from 19 provinces and one seller from South Korea. Last year there were 154 sellers from 18 provinces, with no international seller.

While there was a slight improvement in international representation this year, TTG Asia noted that a number of the big inbound operators and international hotel brands were not represented.

In response to the tourism minister’s urging, one BBTF committee member told TTG Asia that the show was still very new and the committee wanted to strengthen the inbound mart and grow it regionally to prevent outbound business from overshadowing the inbound sector.

“We will open the show to regional and international participants as the minister wishes one day, but for now, strengthening the inbound business is our priority,” the source said.

Notably, Arief pointed out: “China is the top arrivals source into Bali today, but I do not see (many) buyers from China.”

He added: “The fact that only 19 out of 34 provinces in the country participated (and the low participation of buyers) shows that this show has not become a marketplace.”

Ardana suggested that the low participation could be due to the show being held during the Muslim fasting month.

Tanto Ruwiyadi, executive committee member of BBTF 2017, added: “We have actually approached the neighbouring ASEAN members, but they could not participate this year due to Ramadan. Next year, our show will take place after Lebaran (end of fasting month), so hopefully more will take part.”