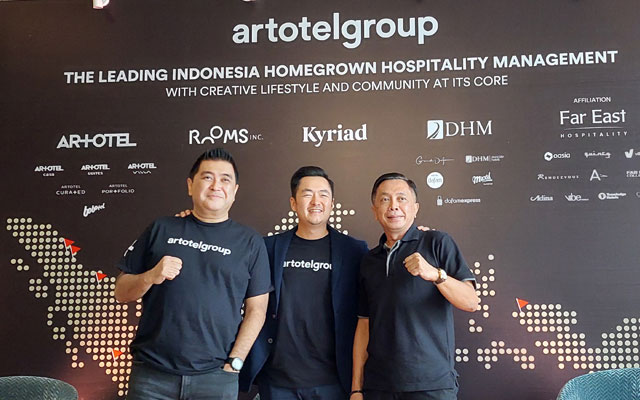 Artotel Group has acquired a majority stake in Dafam Hotel Management (DHM), which owns and operates 24 hotels in Indonesia with a total of 2,507 rooms.

With the acquisition, Artotel Group now manages 50 hotels with a total inventory of 5,000 rooms in 24 cities across Indonesia.

The announcement made in Jakarta on Tuesday (December 7) came barely three months after the group took over the Indonesia franchise of Kyriad, a hospitality brand created by France-based Louvre Hotels Group, which manages 11 hotels across Indonesia.

The feasibility of the acquisitions has been realised through the completion of an undisclosed Series B round financing by Indies Capital Partners, a leading South-east Asian alternative asset manager.

The group has also obtained Series B funding by Benson Capital, an angel investor focused on creative industries.

Prior to the rounding of Series B, Artotel Group managed to get the investment injected from Series A by Intudo Ventures, an independent venture company.

Erastus Radjimin, founder and CEO of Artotel Group, said: “The global pandemic has unfavourably impacted the hospitality industry’s performance across the world but we believe that every pandemic opens new opportunities.

“We did not want to passively wait for the pandemic to end, so we took the initiative to acquire properties from Dafam Hotel Management and Kyriad Hotel Indonesia to further our dream of creating a unified hospitality ecosystem in Indonesia that can help hotels support one another in maintaining high standards of service as well as to broaden our market range, be it domestic or overseas.”

Erastus added that Artotel is probably the first Indonesian hospitality company whose growth rate is similar to that of tech companies.

Looking ahead, he projected a brighter 2022 for the tourism industry in Indonesia. “We have seen people starting to travel again for both leisure and business,” he said, adding that the group’s performance numbers in 2H2021 have returned to near 2019 levels.

As part of its expansion plan, Artotel Group aims to become a “house of brands” providing a variety of hotels with different positioning and flavours to cater to the different markets.

“We picked DHM because their positioning is different from Artotel to enable us to be in the areas where Artotel cannot fit in, and vice versa,” said Erastus.

“However, size is Indonesia’s competitive advantage. It has huge population, abundance of islands, maritime potentials and resources. All (create) travel (movements). New traffic appears where a new mining site or a new plantation opens. Therefore, we need to have many properties (in different locations),” he said, adding that each location needed different types of hotels.

“Therefore, Kyriad will operate as Kyriad and we will not Artotel-ise Dafam Hotels or Dafam-ise Artotel,” he opined.

Different brand identities are also necessary to cater to different customer preferences, in terms of budget, location, room size and facilities, said Erastus. However, he added, all hotel brands will share the same service technology, loyalty programme and infrastructure that Artotel Group will develop going forward.