Quarantine-free access between Macau and Mainland China, made possible by Macau’s containment of the Covid-19 pandemic, is driving a promising tourism recovery for the Chinese autonomous region. 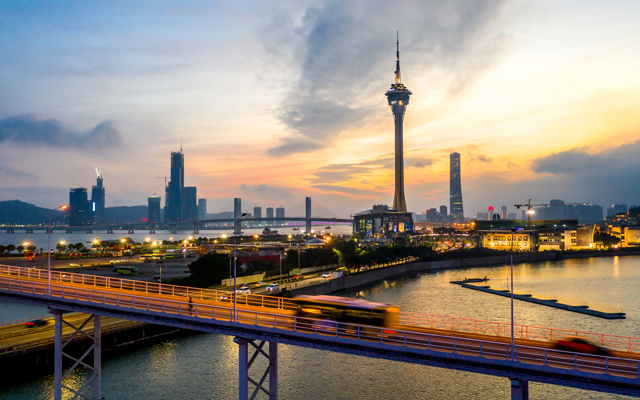 Macau’s strict Covid-19 monitoring system at her borders and across her land has resulted in zero local infections for over a year, earning the confidence of travellers from Mainland China.

Travel from the mainland was allowed to resume in mid-August 2020. Between then and April, provisional visitor arrivals have recorded month-on-month increments.

Macau welcomed 191,828 Chinese arrivals over the week of April 9 to 15, with an average daily volume of 27,404 visitors. The recent five-day Labour Day holidays also brought forth outstanding arrival numbers – Macau welcomed 167,000 visitors, of which 156,000 came from the mainland. Average daily visitor arrivals hit 33,000 during this peak period, which rose by 158.2 per cent over the Spring Festival Golden Week in 2021, and increased by 25.4 per cent compared with the figure in April.

In line with the resumption of tourism exchange, the Macao Government Tourism Office (MGTO) tuned up its destination marketing efforts in China. Its messages are clear: Macau is safe and welcoming, and no quarantine is needed for the majority of Mainland Chinese visitors entering Macau.

The assurances are joined by attractively-priced packages and discounts for flight, lodging and other forms of consumption in Macau, so as to encourage Mainland visitors to visit, stay on longer and spend more.

“When conditions allow for travel restrictions to be lifted with our regional and international markets, we hope to extend similar marketing efforts to encourage visitors to come to Macau,” an MGTO spokesperson said.

For now, MGTO does not expect a strong tourism rebound. Between six and 10 million visitors are expected this year, with the majority coming from Mainland China.

Working alongside MGTO’s efforts to court returning Mainland Chinese visitors is the private sector, which has also rolled out its own health and safety promises as well as new experiences.

Sands Resorts Macao, for example, has introduced the Sands SafeStay, a comprehensive programme of cleanliness and disinfection measures to ensure the safety of guests.

The integrated resort is enjoying weekly increments in visitorship, and its performance mirrors MGTO’s figures.

“Demand for our offerings from customers able to visit remains robust and we are confident in the eventual recovery in travel and tourism spending,” remarked Kaminsky, who revealed that business events have returned in March along with a gradual upward trend in tourist numbers, particularly leading up to the Labour Day Golden Week holidays in May.

Elsewhere, new facilities have emerged to guarantee something new and attractive for repeat visitors.

The Londoner Macao unveiled its first phase in February while the 300-room Nüwa debuted in the City of Dreams in March. Studio City Water Park opens this month.

Coming up next is Grand Lisboa Palace Resort, which is slated to open in 1H2021. The luxury property in the Cotai district, developed by SJM Holdings, will reflect Macau’s long history of Sino-Western cultural exchange through its architecture, facilities and services.

MGTO’s vision is not limited to bringing back leisure tourists, as it has joined forces with the Macao Trade and Investment Promotion Institute as well as private sector business events suppliers to conduct a series of seminars aimed at luring Chinese corporate activities. After seminars in Guangzhou, Dongguan and Zhongshan in March, two more were held in Zhaoqing and Huizhou in April. More are scheduled to take place this year in thriving Greater Bay Area cities.

MGTO’s multi-layered approach to rebuilding Macau’s tourism industry includes a revamped Travel Simulation Program, with new assistance aimed at supporting sports travel. This is driven by MGTO’s larger endeavour to focus on deepening “tourism-plus” cross-sector integration and promoting products that answer the tourism-plus-MICE, tourism-plus-culture-and-creativity, and tourism-plus-sports needs. MGTO believes that taking this stance will steer the tourism industry towards recovery and generate greater momentum to move other industries forward.

For Macau DMCs to see a return in tourism business, inbound tour groups are needed, opined Pun, who said fellow agencies are still holding their breath for this to be allowed by the authorities.

She added that MGTO also needed to step up communications on Macau’s border crossing policies to more Chinese residents. “(Many Chinese citizens) think that both Macau and Hong Kong have the same policy (for tourists),” she said.

Presently, Chinese travellers are required to serve mandatory quarantine upon their return from Hong Kong; this is not needed for Chinese returnees from Macau.