Vegan tourism has emerged as a special interest segment gaining traction in recent years. With that, more vegan-friendly options are sprouting up on the tourism scene as travel brands hunger after a piece of the meat-free pie. Cheryl Ong examines the flourishing trend. 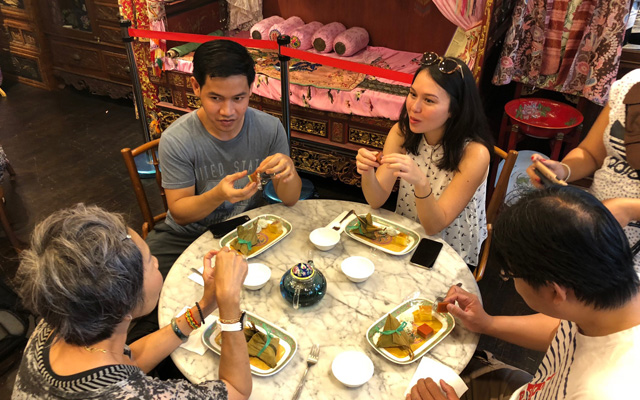 The slow but sure rise of veganism in recent years as consumers awake to the health and environmental benefits of going meat-free has resultantly set vegan tourism on the path of steady growth.

Veganism has been vaunted as the more sustainable food option that is good for both the people and the planet, as a plant-based diet requires only one third of the land needed to support a meat and dairy diet.

While the pandemic brought travel to a standstill, the global appetite for veganism has grown since 2020, driven in part by a groundswell for sustainability and climate action.

A GlobalData survey conducted in December 2020 showed that post-Covid, more global consumers are influenced by how ethical, environmentally-friendly and socially responsible a product or service is.

The report indicated that changing traveller perceptions amid the pandemic may prompt many more to switch to veganism, as reduction of meat consumption has a positive environmental impact.

Vegan vacations: the next big tourism trend?
As the popularity of veganism grows, tour operators across the world like Intrepid Travel are answering the eco-conscious call for more vegan-friendly travel options.

Since launching a series of vegan tours in mid-2018, the global tour operator based in Australia has seen a rise in interest for such tours held in India, Thailand and Italy. The company recorded an 80 per cent increase in bookings for its vegan tours between 2018 and 2019, shared Erica Kritikides, senior brand and product manager, Intrepid Travel.

Of these, more than 70 per cent of bookings were for its India vegan tour – which enjoys a popularity that Kritikides attributes to “the centrality of veganism within many regional Indian cuisines”.

Majority of guests (72 per cent) on such tours were female, mainly hailing from Australia, the UK and the US, with millennials making up over 50 per cent of all customers.

While the pandemic forced the company to pause its vegan tours, it is looking forward to how these tours could evolve when travel resumes.

According to Statista, nine per cent of the Asia-Pacific population identified as vegan in 2016. As a further sign of growing appetites for veganism, between 2017 and the start of 2020, searches for “vegan tours” on Google grew by 76 per cent, noted Kritikides.

“Increased interest in vegan tourism is undoubtedly linked to more mainstream acceptance of the vegan diet and a general trend towards a more plant-focused way of eating – both for its recognised health benefits, as well as for sustainability reasons, with awareness around meat production being a carbon-intensive agricultural process,” she explained.

“More people – especially millennials and Gen Y – are also recognising that vegan food can be delicious – and that there are some fascinating vegan culinary subcultures well worth exploring – and tasting – many of those found in Asia. Examples might be shojin ryori (Japanese monastic cuisine) or Jain cuisine in India – both of which are completely vegan.”

Eiktha Khemlani, founder of Singapore’s first and only plant-based food tour company VegThisCity, said that vegan tourism “ticks all the right boxes” for a growing segment of travellers looking to travel responsibly and sustainably.

“They want products and experiences that are animal-friendly, better for the planet and allow them to leave a positive impact on the local community,” she said.

The company also runs collaborative dining events, virtual experiences and corporate tours, and works with global travel and event companies as the local operator for vegan walking tours in Singapore.

To cater to the young ones, the company arranges child-friendly dishes and swap out cocktails and non-dairy lattes for fresh fruit smoothies and superfood popsicles.

“These experiences inspire conversations on food and the environment, and provide a platform for businesses and individuals to rethink traditional options and innovate in a more eco-friendly and sustainable way, no matter the industry,” said Khemlani.

With the plant-based movement taking root across the globe, interest in VegThisCity’s tours has been on the rise. From hosting once or twice monthly tours to weekly outings within the first 18 months of starting operations, it is a growth Khemlani attributes to the company’s varied and customisable offerings.

“(Vegan tourism) has been a growing segment for the past two years, especially now more than ever as people approach food with a greater emphasis on their personal health and want to know more about where and how food comes to their plate,” explained Khemlani.

“As a lifestyle, veganism adapts to the most pressing ethical, environment and health needs… Travellers also realise that they can travel responsibly and eat better without missing out on the best experiences each country has to offer.”

While the company was on track for steady growth, with advance bookings for the first half of 2020, travel curbs imposed due to the pandemic saw its tour bookings dip. Khemlani, however, saw an opportunity to reinvent the company’s guest engagement and experiences.

“Guests who cancelled their existing bookings with us were not only offered full refunds, but also, a complimentary virtual Singapore experience with our professional guides to entice them to rebook their food tour with VegThisCity once travel resumes,” she said.

“The feedback we received from this was very positive, with some international guests booking our virtual teasers as surprise gifts for friends, and our tour experiences as travel incentives for their work teams.”

Fairkonnect, India’s first vegan travel company which operates vegan tours in India and Sri Lanka, had also seen swelling demand for its tours before the pandemic.

“We had a nearly 150 per cent increase in our bookings in 2019 compared to years prior,” shared Shilpa Jujjavarapu, digital marketing manager, Fairkonnect.

In light of the pandemic, the company has lined up only one vegan tour in South India this December. The 11-day digital detox getaway in Bangalore and Pondicherry will bring guests to explore night markets and wildlife rehabilitation centres, as well as learn about sustainable fashion and the vegan food movement in South India.

The tour has garnered “quite a lot of interest”, said Jujjavarapu, adding that the agency hopes to be able to expand its trips again in 2022.

Pre-pandemic, interest in Fairkonnect’s vegan tours came from all across the globe, with solo travellers from North America and Europe generating the bulk of its business. Its tours see a wide age range, dominated by those in their late 30s.

Veganism as a lifestyle
Many vegan tour operators go beyond serving up an itinerary filled with plant-based menu options, to also include sustainable initiatives such as local community involvement.

For Fairkonnect, its sustainable vegan tours are as much about the food, as they are about connecting with various animal conservation initiatives and visiting environmental projects.

Currently, the company works with various organisations and holds workshops on its trips to educate travellers on conscious travel, animal conservation, environmental efforts and veganism.

“Our trips are curated to teach travellers about global issues and movements around sustainable fashion, veganism, climate change, zero-waste, animal conservation and how to travel while making a low environmental impact,” explained Jujjavarapu, adding that the company is also mindful about keeping its trips as zero-waste as possible.

With the growing tide towards environmentalism, Jujjavarapu hopes for the company to work with bigger outfitters and organisations to help them veganise their trips.

That sustainability ethos also guides VegThisCity’s tours. A shared meal in a private farm, a botanical art session with a social enterprise and a lavish vegan feast in a 100-year-old establishment are among some of the tour experiences designed to not only celebrate local multicultural cuisine in a fresh way and showcase local culture, but also empower local communities.

Khemlani also recognises that veganism is a lifestyle that goes beyond food, and that philosophy is reflected in the company’s line-up for the coming months – from showcasing locally-made vegan lifestyle products on its tours and collaborating on wellness programmes such as the upcoming Recharge Retreat with Grand Hyatt to organising multi-day vegan adventures and pop-ups within homes of local hosts.

While still currently a niche market, vegan tourism is ripe for growth. No longer just appealing to vegans and vegetarians, vegan vacations are gaining traction among a broader segment of health and environmentally conscious travellers.

Tour operator Responsible Travel, which offers a range of vegan and vegetarian holidays across the world including many parts of Asia, has seen a spike in demand generally for healthier and more sustainable holiday options, including food choices, shared its co-founder and CEO, Justin Francis.

“(Vegan holidays) are no longer only the preserve of yoga and wellness retreats. Any holiday can be a vegan holiday, or at least, inclusively so,” he said.

Post-pandemic, Francis predicts that demand for vegan tourism will continue on its upward trajectory, and that travel businesses will become much more inclusive of veganism and actively raise their game to offer the choicest vegan experiences.