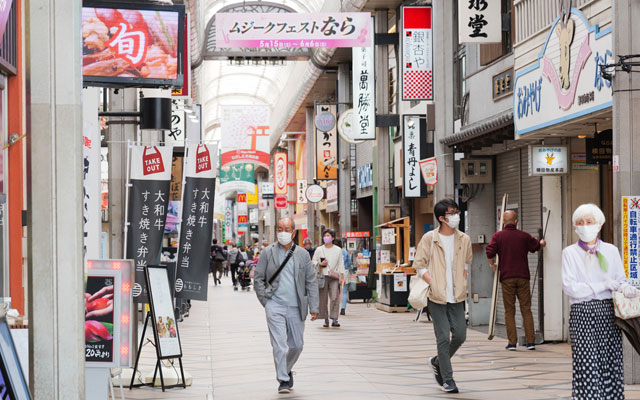 Japan’s tourism industry has reported a bleak first few months of 2021 as residents stay home amid emergency or quasi-emergency measures in place to curb Covid-19 infections.

The ongoing downturn is a further blow to the sector, which has seen unprecedented numbers of business default since the onset of the pandemic. In fiscal 2020, 125 lodging businesses went bankrupt, up 66 per cent year-on-year, according to the Teikoku Data Bank.

In an online survey of almost 5,500 hotel operators by the Japan Tourism Agency (JTA), almost half said reservations had fallen by more than 70 per cent between January and May this year compared with the same period in 2019.

The normally peak period of consecutive national holidays from late April to early May, known as Golden Week, was also quiet; most hotels and inns reported only 50 per cent occupancy.

Travel agencies have been similarly affected. Around 80 per cent of the some 3,000 surveyed said reservations have fallen by more than 70 per cent so far this calendar year, compared with the same period in 2019.

The data shows a strong correlation between bookings and the rate of Covid-19 infections in the country.

Respondents enjoyed some respite in March, when bookings fell by 31 per cent for lodging businesses and 76 per cent for travel agencies, before the situation declined again in April and May.

The suspension of the national government’s domestic tourism financial subsidy campaign, Go To Travel, at the end of 2020 is partly responsible for the decline in reservations, according to the JTA report.