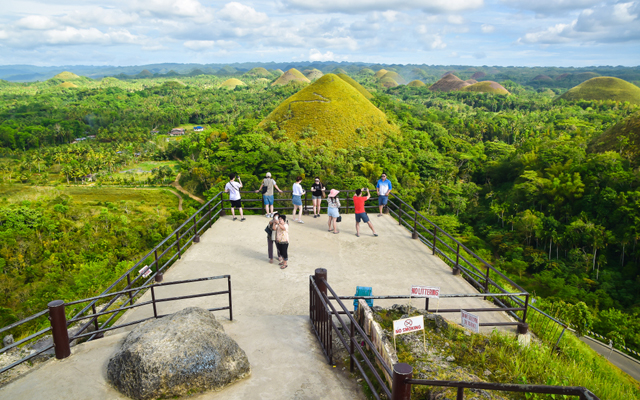 Despite the government lifting the mandate of Covid-19 tests for domestic travel, the majority of tourist destinations across the Philippines continue to make testing a requirement.

As determined by their respective local government units (LGUs), destinations requiring RT-PCR tests include Boracay, Bohol, Cebu, Palawan, Siquior, Iloilo, Dumaguete, and Pangasinan, said tourism secretary Bernadette Romulo-Puyat in a press briefing on Wednesday (March 10) announcing the Department of Tourism (DoT)’s commitment to support the reopening of Rizal. She, however, did not cite the reasons for most of the LGUs’ decision to continue making Covid-19 testing mandatory for tourists.

Meanwhile, infections continue to increase in the country, with daily cases exceeding 2,000 over the past few weeks.

Following an eight-month closure, Rizal is now accepting tourists without requiring Covid-19 tests. Congressman Michael John Duavit explained that Rizal is safe and ready to accept tourists as it is under modified GCQ – the lowest of the four quarantine rungs in the Philippines – with a population that adheres to safety and hygiene protocols.

Romulo-Puyat said that being in close proximity to metro Manila, Rizal is expected to attract domestic tourists with its many open-air, nature-based and varied attractions. In 2019, the province posted 7.2 million same-day arrivals and 395,364 overnight arrivals.

She said the DoT commits to promoting Rizal through online marketing campaigns, enhancing capacity building industry training, and sustaining the flagship domestic tourism recovery programme in the area dubbed the Green Corridor Initiative (GCI) which spotlights the faith, food, art, adventure, and nature in the province.

“Through the GCI, the City of Antipolo and the Municipalities of Angono, Taytay, and Cainta are interlinked in the safety of a travel bubble, furthering the DOT’s commitment to promote the province as a fun, sustainable and safe destination,” she added.