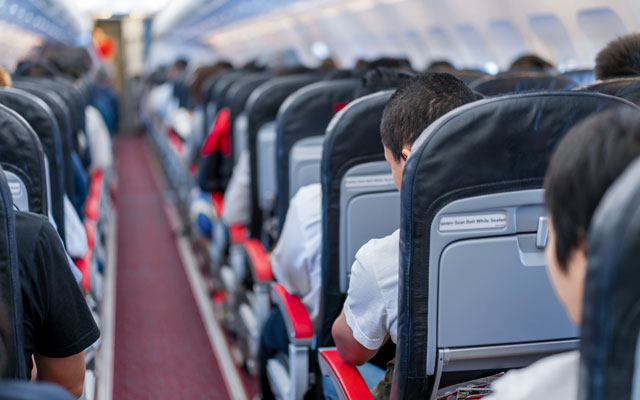 Inmarsat’s Passenger Confidence Tracker survey has determined that nine in 10 Asia-Pacific airline passengers will alter their travel habits for the long-term as a result of the pandemic, with half planning to travel less frequently by any means.

The survey, commissioned by Inmarsat and carried out by market research company Yonder. studied 10,000 airline passengers globally, including 2,500 from the Asia-Pacific region.

Ninety-three per cent of survey respondents in Asia-Pacific do not expecting to return to their previous travel routines once the pandemic is over, with 57 per cent describing their behaviour towards the pandemic as ‘highly cautious’, compared to 48 per cent globally.

Despite this, there are early signs that Asia-Pacific travellers are starting to feel confident about flying again. Passengers in the region are more likely than the global average to have flown since the pandemic began: 41 per cent of Asia-Pacific respondents – and as much as 56 per cent of Indian respondents – have taken at least one flight since the pandemic reached their countries, compared to just 34 per cent globally.

The majority – 60 per cent – of Asia-Pacific passengers surveyed expect to feel fully ready to fly within the next year.

David Coiley, vice president Asia Pacific, Inmarsat Aviation, said: “The Passenger Confidence Tracker reveals that Asian travellers are more confident with the safety of the passenger journey than their counterparts.

This also reflects prevailing conditions in the region, where the spread of Covid-19 has largely abated across most markets, relative to other regions experiencing a resurgent wave of infections and further lockdowns. Given the level of consumer confidence, the outlook of the aviation industry in Asia-Pacific is looking optimistic.”

Coiley pointed to domestic travel recovery in China and India as most telling of the region’s travel confidence.

“In China, we saw domestic passenger volumes for the month of September increase from the same period last year, while domestic travel volumes in India are forecast to recover to pre-Covid levels by the end of the year,” he said.

When asked to rate their confidence around the safety and health precautions currently undertaken across all touchpoints throughout the journey, Asia-Pacific respondents recorded an aggregated score of 6.27 (with 10 being the highest level of confidence), higher than the global average score of 5.55.

The majority also perceive public spaces such as restaurants, cinemas, public transport, and public toilets to be either as risky, or even riskier than, taking a flight.

Asian respondents stated a need for clearer information about border restrictions, standardised practices across all airlines and a consistent worldwide set of safety standards as particular areas for improvement. Furthermore, respondents determined that wearing a face mask both inflight and in airports, and only being allowed to fly after a 48-hour test are the most effective personal safety measures. Only 10 per cent identified a 14-day quarantine as a top factor.

While the majority of Asia-Pacific passengers (65 per cent) surveyed feel satisfied with the aviation industry’s response to the challenges of Covid-19, the study reveals areas of opportunity for airlines to encourage passengers back to the skies.

Almost half (48 per cent ) of Asian respondents believe that reputation is a more significant factor when choosing an airline today than it was pre-pandemic. It has therefore never been more vital for airlines to differentiate and gain a competitive edge. The research highlights that improving inflight experience is one way to achieve this.

From extra legroom (44 per cent) to free baggage (36 per cent), value added services are becoming increasingly important to passengers returning to the skies. Digital solutions are fast-becoming essential to an enjoyable inflight experience, with four in ten respondents agreeing that on-board Wi-Fi matters more today than ever before.

Philip Balaam, president of Inmarsat Aviation, said: “With safety and reputation becoming even more important to today’s flyers, there is a clear need for airlines to differentiate themselves in order to encourage passengers back onto their flights.

“Digitalisation lies at the heart of both; minimising critical touchpoints in the passenger journey to improve confidence, all the while keeping passengers connected and entertained.”