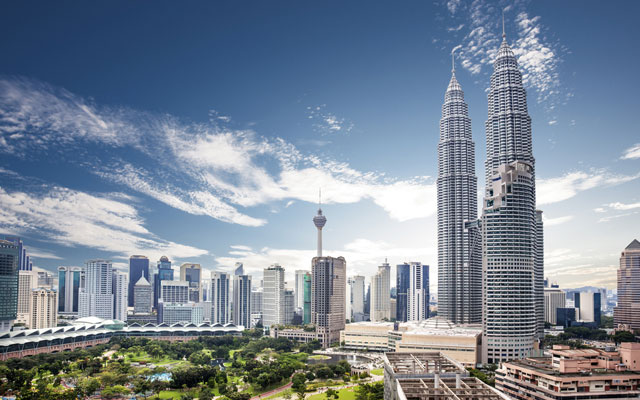 Hotels, attractions and tour agencies in Malaysia have been hit by a wave of cancellations, as the country’s major cities enter a partial lockdown once again following a recent spike in coronavirus cases.

The conditional movement control order (CMCO), which kicked off on October 14 in Kuala Lumpur, Putrajaya, and Selangor, will be in place over the next two weeks until October 27. The CMCO in Sabah, which started a day earlier on October 13, will end on October 26.

The move has had a spillover effect on domestic tourism in neighbouring states, according to tourism players whom TTG Asia spoke to. With the majority of bookings made up of travellers residing in the Greater Kuala Lumpur area, sector players have been deluged with a wave of cancellations, while new bookings have dried up.

Terengganu-based Ping Anchorage Travel & Tours CEO, Alex Lee, said that he has received more than 60 per cent cancellations following the CMCO announcement, mainly from the Klang Valley, which is affected by the CMCO.

The company also received booking cancellations from other states that were not under the CMCO, due to the current uncertainty of travel coupled with safety fears amid rising virus cases in recent weeks, he shared.

He added: “It would take months for domestic tourism to recover after the CMCO is lifted. The momentum will be slow initially and it is now vital for the government to continue supporting the tourism industry with fresh financial aid.”

Lee, who also runs the 22-villa Terrapuri Heritage Village in Terengganu, shared that current occupancy at Terrapuri stood less than 20 per cent, and the resort staff have been doing their best to persuade guests to postpone rather than cancel their holidays.

He predicted future losses in the coming months will be huge as the resort will still have to bear operating costs. Adding to its woes were unlicensed accommodation providers that were competing for domestic business by undercutting rates.

Likewise, Langkawi-based Megawater Sports & Holidays have also been hit with cancellations for jet ski tours, accommodation and ground tours in Langkawi, with the majority from Kuala Lumpur and Selangor, shared its director of sales and marketing, Sharmini Violet.

She said: “We tried to persuade guests to postpone their bookings, but they wanted to cancel. No one knows when the government will allow inter-state travel to resume from Kuala Lumpur and Selangor.

“Our marketing efforts are now focused on Kuching as AirAsia will resume its Kuching-Langkawi service from November 13. We are also looking at building our customer base from Johor and Penang.”

While the pandemic has slowed business at Megawater Sports & Holidays, Sharmini said the staff are using the downtime to upskill themselves with courses offered by the Human Resource Development Fund.

Also staring at a bleak outlook is Mutiara Taman Negara Resort in Pahang, who lost 90 per cent of its customer base, as they were from Kuala Lumpur, said its director of sales and marketing Kingston Khoo.

While the remaining 10 per cent of guests were from Penang, Johor and from within the state of Pahang, the current uncertainty made it very difficult to convince guests to postpone their bookings, Khoo added.

With recovery remaining deeply unpredictable, he said the resort’s priority now is to find ways and means to further reduce operational costs.

Under the CMCO, all tourism activities to and from the affected areas are banned. Those travelling by air through Kuala Lumpur International Airport, klia2 and Subang Airport are required to get police approval beforehand.

Nightclubs, pubs, recreational places, theme parks, indoor and outdoor playgrounds, cinemas and daycare centres are not allowed to operate during this period.

Meanwhile, dine-in at eateries are limited to two people per table; while food delivery, takeaway and drive-through are encouraged. Taxis, e-hailing and food delivery services are allowed to operate from 06.00 to midnight; with only two individuals allowed at a time in a taxi or e-hailing vehicle.