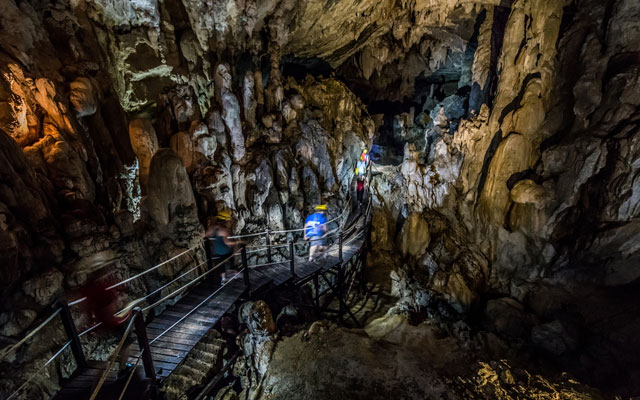 With inbound travel to Malaysia still largely restricted, tour and travel suppliers in the country are continuing their innovation streak by developing new products for a discerning local market, including off-the-beaten-path adventures, thematic tours and all-inclusive packages.

While bookings have started coming in ahead of the Chinese New Year period, operators expect them to peak closer to the season, as local holidaymakers tend to make last-minute bookings.

Apple Vacations & Conventions, which specialised in comprehensive outbound tours to Japan pre-pandemic, has replicated that tour concept for its Penang packages catering to its main base of customers from the Klang Valley.

In Penang, the company has hired experts to lead tours of the UNESCO World Heritage Sites and take guests to unique dining venues. Meanwhile, in Sabah and Sarawak, it is promoting soft adventure activities in remote but pristine areas such as the Kinabatangan River and Mulu National Park.

The agency chose to market these destinations as they are “not easily accessible,” shared managing director Koh Yock Heng.

He explained that the logistics of getting to those destinations involving more than one flight would likely deter travellers from the Klang Valley from visiting those places on their own and instead opt for a travel agency. Koh also cited less competition as another reason for promoting those areas.

Alex Lee, CEO, Ping Anchorage Travel & Tours, said his company will launch this week thematic packages for tours in Terengganu, Kelantan and Pahang, catering to small groups of up to eight people.

Themes include Peranakan culture in Terengganu and Kelantan; as well as the Langkasuka Trail, which showcases the cultural and historical elements left behind by the ancient Malay Hindu-Buddhist kingdom of Langkasuka in Terengganu.

He said response to these tours promoted on social media since early this year has been “encouraging”, especially from families living in the Klang Valley who are interested in culture and history.

The tours were created to be family-friendly and educational as Lee believed offering such niche tours would give the company an edge over its competition.

The company is targeting city dwellers from the Klang Valley for the island getaways, said Adam Kamal, head of procurement & domestic market.