Singapore, Hong Kong and Macau, once popular tourist destinations for a global market, are now finding themselves relying on a domestic audience for survival as extensive pandemic-induced travel restrictions remain even as local infection cases are down. 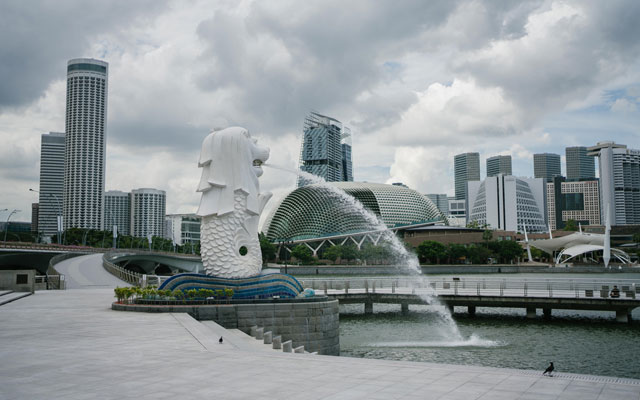 Singapore, Hong Kong and Macau, once popular tourist destinations for a global market, are now finding themselves relying on a domestic audience for survival as extensive pandemic-induced travel restrictions remain even as local infection cases are down.

In Hong Kong and Macau, the tourism authorities are taking the lead in supporting their communities’ efforts to win over locals.

Hong Kong Tourism Board announced in May its HK$40 million (US$5.2 million) Hello Hong Kong campaign to encourage locals to travel around their hometown and explore the city from new perspectives. The campaign highlights unbeatable offers and unique tour experiences.

Across the border, the Macao Government Tourism Office is spearheading the Macao Ready Go! Local Tours project, in hopes of achieving progressive resumption of tourism activities in the destination. The project provides a subsidy worth 280 patacas (US$35) to every Macau resident who participates in one of 15 itineraries across two categories: Community-based Tours (six options) and Leisure Tours (nine options). Each resident is entitled to a maximum subsidy of 560 patacas.

Promotions galore
Many hotels, attractions and tour operators in Hong Kong, Macau and Singapore have come up with special offers to stimulate domestic interest.

Several F&B tenants of Singapore’s Sentosa Development Corporation are offering one-for-one meals and mains to entice visitors back to the island, where selected offerings have reopened from June 19. These include Sentosa’s beaches and nature trails, as well as the Fort Siloso Skywalk.

The Fullerton Hotels and Resorts, which has two properties in Singapore, is launching gift vouchers on its brand website as well as attractive discounts on luxury stays and dining to encourage advanced purchases.

Since reopening on May 8, Hong Kong’s sky100 indoor observation deck has been running its ninth anniversary promotion, offering Hong Kong residents free tickets with purchases as well as seasonal afternoon tea sets and a new Twilight Dinner Package at HK$399 per person.

Cash-strapped Ocean Park is offering exclusive deals for residents from June 13 to August 31, and waiving entrance fees for children aged 11 and below. A new animal exhibit, Little Meerkat & Giant Tortoise Adventure, is scheduled for launch this month.

Hotels across Hong Kong have also been whetting staycation appetites with appealing promotions. JW Marriott Hotel Hong Kong, for example, has created a summer family staycation package to make the most of the approaching holidays. Priced from HK$2,700 for two rooms per night, the package includes a 30-hour stay in a pair of connecting rooms, dining credits and free parking.

The Venetian Macao has seen success in welcoming back local residents with its latest attraction, teamLab SuperNature Macao, which soft-opened in mid-June. In addition, Sands Resorts Macao, which The Venetian Macao is part of, is dangling 30 per cent dining discounts as well as a Summer Fun Hotel Package for residents and non-resident worker ID cardholders that comprises free admission to four top attractions, dining vouchers, and other perks.

A different approach
Private Peranakan museum The Intan in Singapore has chosen to go down a different avenue to secure revenue. Owner Alvin Yapp said: “We have remained very active online with regular postings, including a tongue-in-cheek interpretation of how the Peranakan culture can fight Covid-19. We found a new way of reaching out to customers via merchandising and F&B – over the past two months, we sold more than 100 sets of Peranakan Batik masks and more than 4,000 Peranakan Chinese dumplings. This has helped us find a new customer base.”

Yapp shared that The Intan has found new distribution partners such as The Raffles Arcade mall to carry unique gifts and souvenirs, including a new curated range of merchandise that was created for The Raffles.

The Intan is now exploring the creation of an online Peranakan cooking game and masterclasses, as well as kicking off a one-for-one promotion from July 26.

Hong Kong’s Gray Line Tours, which has built its business on showcasing the best of Hong Kong to overseas visitors, is now looking to design two to three local tours for locals.

Executive director Ronald Wu acknowledges that this approach is a “new trial” for the company, and hopes to stand out through quality sightseeing routes that are not accessible by public transport. The tours would be rolled out in mid-July, for about 30 participants per group, and would be promoted to local contacts in Gray Line Tours’ database as well as clients seeking corporate outings.

In April, Grand Lapa Macau and Grand Coloane Resort, both managed by Artyzen Hospitality Group (AHG), converted their facilities into Medical Observation hotels for a month, catering to Macanese returnees who must serve quarantine notices. Since clearing of this responsibility, the hotels have diverted their sales and marketing attention to the only market available at the moment: the local market.

Not an easy switch
Tourism suppliers new to domestic travel are realising that the switch comes with challenges.

Gray Line Tours’ Wu sees difficulties due to “the absence of local market connection and brand awareness”. “Domestic tourism is just a short-term strategy, and ultimately, we hope shorthaul markets will start to move in 4Q2020. We also hope that a travel bubble happens soon for the Greater Bay Area and its surroundings,” he said.

Although staycation demand has become a lifeline for hospitality players in other destinations dependent on domestic tourists, Singapore’s hotel operators have not had the same fortune, as the government’s anti-Covid-19 guidelines have put hotel reservations on hold.

Tony Cousens, general manager at the Ramada and Days Hotels by Wyndham Singapore at Zhongshan Park, told TTG Asia: “Our bookings are mainly from corporate companies housing their Malaysian staff affected by the movement control order. Our occupancy rate has fallen compared to the previous year.”

Furthermore, tourism sellers in Singapore, Hong Kong and Macau are today tackling a small local population compared to a global audience that they were once used to.

A spokesperson with Hong Kong’s sky100 said that while local visitorship this year has doubled that of 2019’s, it is “still far from the visitor numbers and revenue generated by overseas visitors”.

“The challenge (we face) is that locals are of a finite number. Besides offering value-for-money deals, we have to keep on adding new content to… drive repeat visits. And we will have to do that with a tight budget,” added the spokesperson.

That said, the spokesperson admitted that domestic business can “help us alleviate our financial stress”.

China Travel Service (Macao), which specialises in outbound traffic and handles only a small percentage of inbound or local tours, now has to grapple with intense competition for the small number of Macau residents.

Pun Cheng Man, the agency’s travel department sales and marketing manager, said: “The tour prices (for Macao Ready Go! Local Tours) are fixed by the government and all routes (are sold by agents). What sets us apart from other agencies are our well-established brand, word-of-mouth service assurance, and strong corporate/association database.”

Despite busy weekends from staycation bookings, Grand Lapa Macau and Grand Coloane Resort are struggling with weekday business. According to AHG vice president of Macau operations and general manager of Grand Lapa Macau, Rutger Verschuren, the properties are still far from breaking even.

“Price sensitivity and the fact that many hotels are now promoting to this limited market (of 650,000 residents) make it challenging,” said Verschuren. – Additional reporting by Pamela Chow