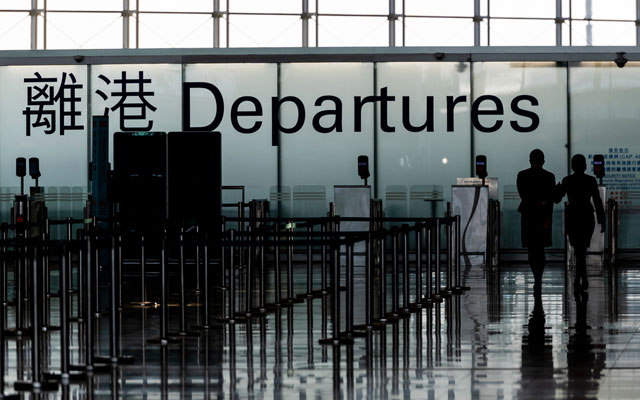 An unexpected fifth Covid-19 wave has cast a shadow over hopes of a recovery for Hong Kong’s tourism sector as authorities tighten anti-virus curbs and shelve long-awaited plans for quarantine-free travel between Hong Kong and China.

Hong Kong on Friday (January 14) announced that passengers from more than 150 countries and territories will be banned from transiting through the city for a month to control the spread of Omicron. The city has one of the world’s strictest Covid-19 policies, requiring a mandatory hotel quarantine of up to 21 days for incoming travellers from most countries.

This follows the city’s authorities move on January 7 to impose fresh curbs for two weeks, including banning dining in eateries after 18.00, and shutting of fifteen types of venues, including bars, cinemas and gyms.

The government is expected to announce later on Friday that the restrictions will be extended through the Lunar New Year holiday at the start of February, according to a Reuters report.

Gray Line Tours managing director, Michael Wu, predicts that the earliest inbound traffic would return is in October. “It will take time and we are not alone as similar practices are being implemented around the world,” he said, adding that hopefully, the country’s vaccination rate will continue to climb.

One Bus Holiday general manager and Hong Kong Tourism Association executive director, Timothy Chui, is not hopeful that any kind of resumption of local tourism activities, apart from hotel staycations which are currently allowed under strict rules, will take place before the Lunar New Year holiday given the worsening outbreak situation.

He noted that prior to the latest Omicron-fuelled wave, the city was making good progress on exploring the resumption of quarantine-free travel with visitors from mainland China, subject to a limited quota.

“It would have been an impetus and paved the way for the mid- to long-term recovery of the sector,” he said.

Chui added that more than 90 per cent of travel agencies in the city are SMEs, which have government funding as a lifeline to tide through this challenging period, but this is not the case for other stakeholders like hotels and transportation companies that have been left out in the cold.

Outbound travel operators are currently staying afloat by pivoting to domestic travel, including hosting tours that are subsidised by the government, as well as selling hotel staycations and cruise packages.

General manager of ePlay.hk, Thomas Chan, said: “Except for staycations, all tourism activities are currently suspended and we are busy refunding our clients now. With no definite date for resumption, our path to recovery will be very long.”

In a statement, Federation of Hong Kong Hotel Owners said the latest round of curbs would mean huge financial losses for hotels and restaurants, especially during the Lunar New Year season. It warned that if the situation persists, many restaurants will go bust, resulting in mass unemployment.