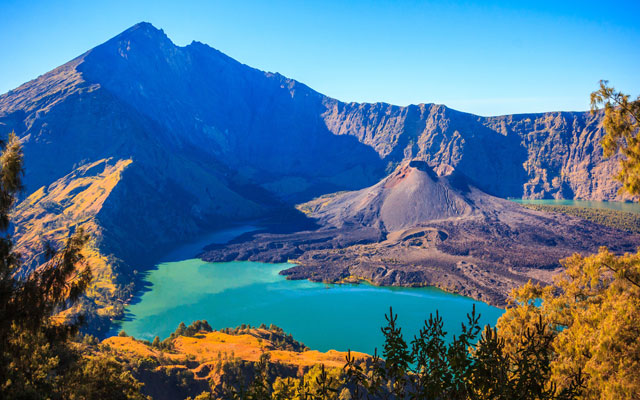 National parks and nature-based attractions across Indonesia are ready to welcome domestic tourists again, after three months of closure.

Following the green light from the Covid-19 taskforce, the Indonesian government has allowed 29 national parks and nature-based attractions in the green and yellow zones in 10 provinces – South Sulawesi, Jakarta, and East Nusa Tenggara (NTT) – to resume operations.

Among the tourist spots that will reopen in stages from mid-June to mid-July are Komodo National Park in NTT, Mount Rinjani in West Nusa Tenggara (NTB), and Bromo Tengger Semeru National Park in East Java, according to Siti Nurbaya, Indonesia’s minister of environment and forestry.

Apart from the standard protocols of temperature checks, wearing of masks, and the availability of hand sanitisers, after reopening, the sites are only allowed to operate at 10 to 30 per cent capacity to avoid overcrowding and enable visitors to maintain distance. The number will gradually be increased up to 50 per cent of normal capacity.

However, Doni Monardo, the chief of the Covid-19 taskforce, warned: “If new Covid-19 cases and violations against health protocols are found, we will restore the restrictions or close the sites again.”

Visitors to these parks and attractions who fail to obey the health protocols will be banned from returning, or will have to serve a punishment such as sowing seeds, planting trees, cleaning the park complex, collecting trash, or doing social media promotions, said Doni.

Wishnutama Kusubandio, minister of tourism and creative economy, hailed the regulation, said that the enforcement of health protocols in tourist destinations is vital to restore tourists’ confidence in the destinations.

The Komodo National Park will trial an online booking system, in the week leading up to the first phase of its reopening on July 6.

Shana Fatina Sukarsono, head of Labuan Bajo Flores Tourism Authority, said that during the first phase, the park would limit the number of guests to a maximum of 50 domestic visitors a day, and a maximum of five ships a day in the Komodo Park’s islands, namely, Batu Bolong, Karang Makassar, Mawan, and Siaba Besar.

The second phase is slated to take place from July 17 to August 16, after which, the park is expected to run normally. During the first and second phases, the park will be open only to NTT residents, before welcoming domestic tourists outside NTT from August 17, Shana said.

“We will team up with more parties to use this opportunity to rebrand Labuan Bajo as an authentic destination and NTT’s tourism gateway,” Shana said during a recent webinar.

Aware that solo travels and small group tours will be a trend during the new normal, Shana said that the Labuan Bajo Flores Tourism Authority had readied four new trips to meet such demand, namely, the UNESCO List Trip, Trip to the Past, Conservation Trip, and Catholic Pilgrimage.

However, travel players raised concerns as to whether domestic tourism will be sufficient to fill the gap left by international visitors.

Leonardus Nyoman, director of Flores Exotic Tours, said that as international travellers which formed the bulk of visitors to the Komodo National Park were unlikely to return this year, he urged the government to subsidise the park’s entrance fee to stimulate domestic demand.

Likewise, Dewantoro Umbu Joka, head of NTB chapter of Association of Indonesian Tours and Travel Agencies, said that the government needed to incentivise trade players if it wanted domestic tourism to pick up.

The requirement for Indonesians travelling interstate to take a Covid-19 test may pose as a deterrent for travellers to visit Mount Rinjani as the cost of the test could exceed the airfare. Therefore, incentives to help travellers pay for the test are needed.

To attract NTB residents to explore their own backyard, Dewantoro said that his association members will craft tours with special deals, such as free lunches, to whet their appetite.