As governments begin to lift barriers to cross-border movement during the pandemic, attention to immigration clearance procedures at airports comes to the fore. 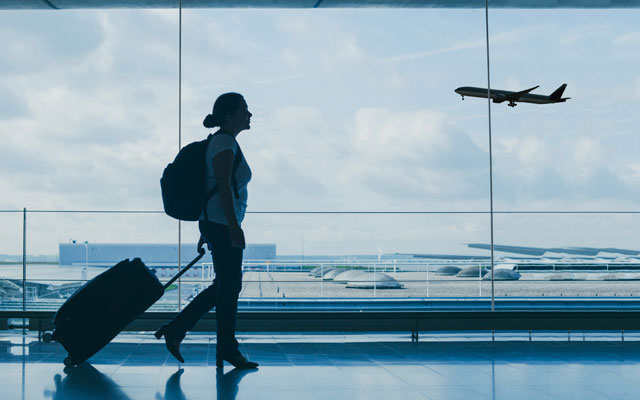 As governments begin to lift barriers to cross-border movement during the pandemic, attention to immigration clearance procedures at airports come to the fore.

In Malaysia, passengers have been advised to arrive at the airport three hours before their flight – compared to the usual two – to complete new safety and clearance procedures, which include temperature screening.

The extent of security and health screening processes to be expected at Singapore’s Changi Airport remains uncertain, as the citystate begins its phased resumption of business and public activities only today (June 2).

Manila in the Philippines has more tedious immigration clearance procedures for arrivals than for departures, but as of press time, it is yet unknown whether these procedures will be retained once the airport is reopened to commercial flights.

Departing passengers are only required to have their temperature taken, while arriving passengers must undergo a swab test and a 14-day quarantine which could be shortened to three to five days should the test result prove negative.

There have been talks in the travel industry that airport security clearance in a post-Covid-19 world could take between four and six hours. A Forbes report published on May 10 suggested that the process, which could in the near future include sanitation of passengers and luggage, would take up to four hours.

Monreal emphasised that milling around the pre-departure area must be prevented, as that violates social distancing requirements. As such, a three-hour airport security clearance should suffice and be made possible by fully-manned check-in counters and reliance on online processes to minimise interaction between passengers and airline staff.

Grifton Medina, port operations division chief, revealed that paper arrival cards would be replaced with digital versions, allowing the Philippine immigration system to see in real time when the passenger checks in from the port of origin and use the data for faster contact tracing.

It isn’t just the responsibility of airports and immigration authorities to develop smooth clearance procedures for passengers. Airlines have a role to play too, at the ticketing and check-in as well as embarking and disembarking stages.

To minimise cross-contamination during airport check-in and clearance processes, AirAsia has implemented a fully contactless check-in procedure that allows passengers to use their smartphones to interact with self-check-in kiosk via QR codes to print their boarding passes and bagging tags.

Santisuk Klongchaiya, CEO of Thai AirAsia, said: “We’ve also made it possible so that after immigration, travellers do not have to come in contact with anything else before they get on the plane; at the boarding gate, they only need to show the code on their smartphones to the staff.”

Tech assistance
Digital technologies and automation deployed by airports and airlines for arriving and departing passengers may well be the key to a smoother return to travel in the post-Covid world.

Real-time data, biometric check-in and other contactless solutions may climb in priority, as they could shorten total passenger clearance time; a much-needed compensation when aviation hubs may have to account for lengthier health and safety protocols.

Sumesh Patel, SITA President, Asia Pacific, predicts that when faced with increased complexity in customs clearance, passengers will “increasingly demand easy-to-use solutions” from airport operators, who should be ready to harness real-time data that includes “knowledge of where a ticket was bought, the nationality of a passenger, purpose of travel, past travel, transit and embarkation information”.

Not only will automated and contactless processes be able to fulfill the new need for social distancing in airports, but they will also serve to shorten what is likely to become a longer journey for passengers.

A possible obstacle to travel rebound
While industry players are unanimous about the need for safe and efficient measures at airport clearance to encourage travel recovery, they baulk at possible lengthy waits to clear immigration procedures.

Laurent Kuenzle, CEO of Asian Trails, said lengthy processes would “not be conducive for travel”.

Should this become the norm, he predicts people will travel less and stick to annual holidays.

Kuenzle said: “Personally, I think four-hour airport clearances are ridiculous and there must be a more efficient way to make passengers feel safe.”

Stephan Roemer, CEO of Diethelm Travel, said how destinations handle the immigration and clearance procedure would play a huge role in revitalising their tourism sector.

He noted: “Those who are able to handle tourism adequately will be the ones where tourists will like to travel to. It is in the hands of the countries how they want to welcome tourists.”

Kuenzle agrees, and said that tourism authorities must lobby for the most efficient airport clearings.

He said: “The challenges will come if one country handles procedures fast and efficiently, and another doesn’t. The efficient airport and country will have a clear advantage. People will want to feel safe or they won’t travel, but there must be an efficient way to implement it.”

Roemer added that clear communications, timelines and outlooks from authorities are also essential for recovery, while Raaj Navaratnaa, general manager, New Asia Holiday Tours & Travel believes that travel agents will also be expected to detail to customers the health and safety measures enforced in destinations they sell.

A poll conducted among the audience at the Aviation Discussion for Business Events Industry webinar, organised by the Thailand Convention and Exhibition Bureau on May 21, found that respondents were least looking forward to the longer airport procedures (55 per cent) and the requirement to wear masks throughout the flight (25 per cent), no food or drinks served throughout the flight (11 per cent), and not being able to select seats due to social distancing requirements (10 per cent).

At the same time, 50 per cent voted overall hygiene standards as the key factor that will revive air travel the fastest.

A majority (48 per cent) said their next fight would be for a domestic leisure trip while only 19 per cent would take a domestic business trip right away. – Additional reporting by Anne Somanas, Rosa Ocampo, Marissa Carruthers and S Puvaneswary