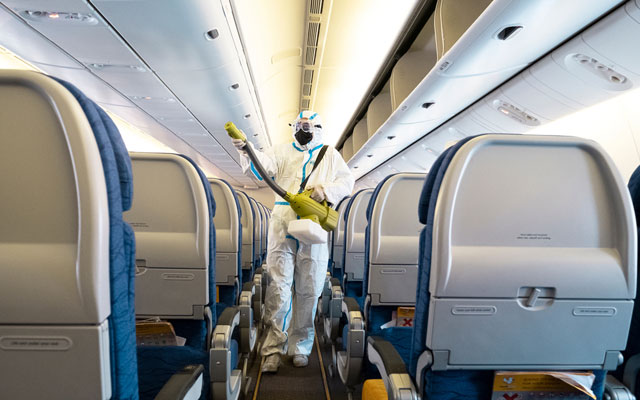 Tech-approved cabin cleanliness, in-flight social distancing and personal protection equipment (PPE) emerge as top concerns and priorities among air passengers in the wake of the pandemic, according to a recent survey.

Conducted by Honeywell Aerospace, the survey taken by more than 700 passengers across North America and Asia, showed that a majority of travellers (72 per cent) were more concerned with the environment on an airplane than in an airport (28 per cent).

Respondents are frequent flyers for either business or pleasure, with the majority (75 per cent) aged 25-44.

Cleanliness validation via technology was by far (60 per cent) the most important way to bolster passenger confidence in cleanliness around their seating area, according to the survey. Other considerations included providing cleaning supplies directly to the passenger (23 per cent), followed by being informed and updated by the cabin crew (12 per cent).

From an airport perspective, survey respondents were most concerned with the cleanliness of common areas, followed by the ability to social distance and fellow travellers’ use of protective equipment.