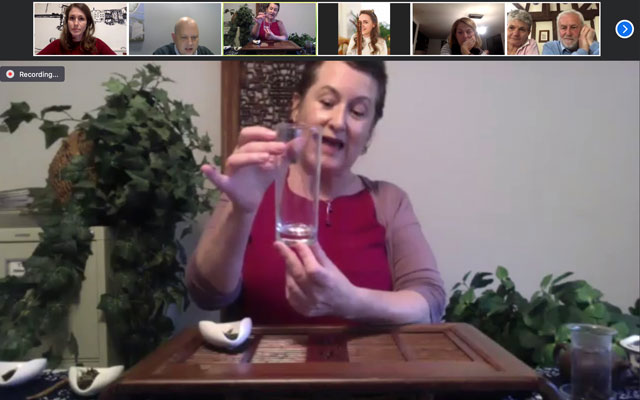 Founder Sarah Keenlyside said The Bespoke Speaker Series kicked off with New York Times bestselling author Paul French in conversation with historian Jeremiah Jenne about the vibrant group of foreigners – known as the Peking Aesthetes – who lived and partied in Beijing during the 1930s.

The second was helmed by tea guru Tracy Lesh, an American and former mortgage lender, who moved to China in 2007.

Keenlyside said the speaker series would create a new revenue stream for the company, adding that self-guided programmes would also be rolled out as touring is still banned in the country.

“The (outcome of the) launch was better than I anticipated and that was a nice surprise. We had nearly 80 participants and about 50 people have signed up for the (discounted) all-access pass,” she said.

Buoyed by the initial success, and keen to reach a wider audience, Keenlyside is now looking at curating a series for the US market, a key client source, with a more user-friendly broadcast time.

“Paul (French) encouraged us (to do so) and because he is a big name, we knew that (his endorsement) would help us a lot and gave us the confidence to do it,” she said.

The concept took about three weeks to develop and Keenlyside believes that the company’s strength lies in its partnerships with experts and specialists who possess in-depth knowledge of Beijing and Shanghai.

Apart from generating income, Keenlyside said she and her team could continue their mission to promote cross-cultural understanding and enable people in lockdown situations learn more about Chinese culture.

Bespoke is turning to social media platforms such as Instagram and Facebook to market the speaker series. Prices range from about US$11 per talk or US$56 for the full access pass to all seven talks.