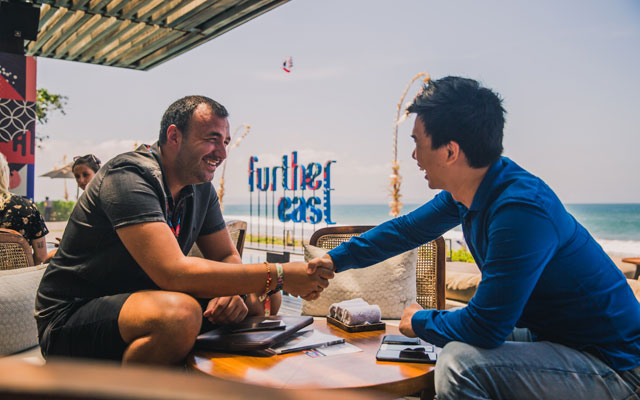 The third edition of Further East, a luxury travel trade show organised by Beyond Luxury Media, has seen record growth – 62 per cent up on the same point last year – coupled with the selling out of its innovator rate packages, since its sales launched on January 6, 2020.

“We have seen momentum build rapidly for this year’s edition of Further East. Our current growth is in line with our target which is – due to the growth of the Asian market and customer demand – to grow the show by 50 per cent while committing to keep the quality of our exhibitors much higher than any other competitive shows in the region,” said Jemma Uglow, head of Further East.

Hosted by the beach in Seminyak, Bali, the four-day event will feature a unique thought-leadership programme, expert match-making software and nurturing business environment.

To sustain its growth, Further East has appointed Hiro Miyatake, co-founder and COO of Bear Luxe Japan, as its regional consultant in Japan.

In his new role, Miyatake will be responsible for seeking out the most unique luxury products and partnerships in Japan for this year’s show.

This year’s edition of Further East takes place in Seminyak, Bali, from November 9-12, 2020. Awaken, the un-conference, is hosted on November 9 at Potato Head Beach Club.