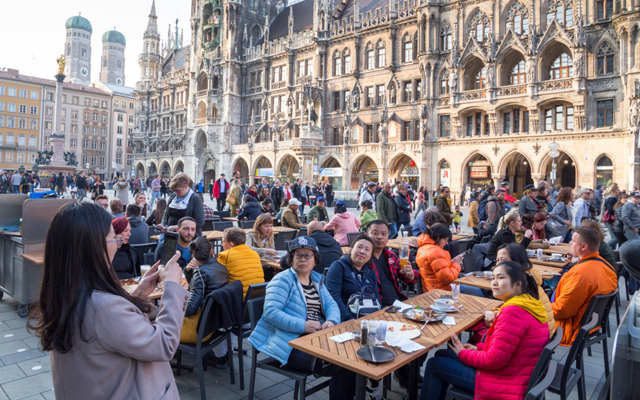 Global travel spend by Chinese outbound tourists in 1H2019 hit US$127.5 billion, according to the 2019 Chinese Outbound Travel Consumption Report by UnionPay International (UPI), released in partnership with Chinese OTA Ctrip, based on payment data from UPI and statistics of travel products bookings from Ctrip.

Some key takeaways from the report are that in 2019, there were 10 per cent more female outbound travellers than male, though the average expenditure per person of male travellers is higher. As well, there has been a steady growth in outbound tourists from second- and third-tier cities.

By age, the post-80s and 60+ age bracket made up the highest spending, while people born in the 2000s are following the trend of solo travel, the study found. The different customer profiles unveiled by the report all point to a growingly diverse set of travellers, all with different expectations and demands for services. For example, the young generation sees mobile payment services as essential while seniors seek information.

The report also found that destinations in Europe, the US and Australia remained top favourites among Chinese outbound travellers. However, for the first time, there was substantial growth in visitors to countries participating in the Belt and Road Initiative, such as Belarus, Myanmar, Georgia and Nepal.

The report also noted that Chinese travellers care significantly about hospitality, dining and booking before arrival, with 80 per cent of travellers opting to stay at high-end or five-star hotels. Spending on F&B in regions such as the South Pacific and the Middle East also saw an increase of around 60 per cent.

There has also been substantial growth in online bookings for entertainment and attractions, according to the report. This highly segmented group of travellers are increasingly demanding more versatile services, it added.