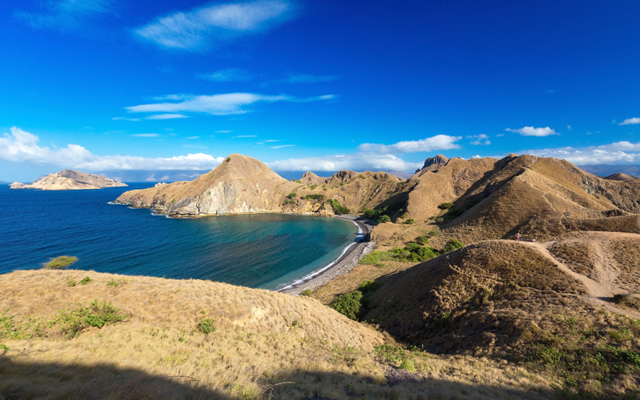 Indonesia’s plans to transform Komodo Island into a premium tourist destination by charging foreign tourists an annual membership fee of US$1,000 has raised more than a few eyebrows in the travel sector.

The new admission price to access Komodo National Park was proposed by East Nusa Tenggara (NTT) governor Viktor Bungtilu Laiskodat in a bid to elevate the prestige of the popular tourist destination, as well as to limit tourist numbers on the island to save the supposedly-dwindling population of Komodo dragons.

Earlier in October, it was announced that Komodo Island will remain open to visitors, after a study showed that the giant lizard is not under threat of extinction.

Observing that the average visitor to the Komodo Park were middle-class travellers, Flores Exotic Tours’ director Leonardus Nyoman questioned the viability of a US$1,000 annual membership fee targeting luxury travellers, as the steep price could affect footfall to the UNESCO World Heritage Site.

Urging the relevant bodies to conduct proper site investigation and market analysis prior to launching the revised fee structure, Leonardus added that news reports about the proposed US$1,000 entrance fee to Komodo Park had shocked his business partners and overseas clients who deemed it too expensive.

Furthermore, he urged the governor to refrain from making controversial comments while awaiting an official decision from the Ministry of Environment and Forestry (MOEF), which oversees the Komodo Park.

Ng said NTT governor Viktor Bungtilu Laiskodat’s earlier remarks about the US$1,000 membership fee had created business uncertainty that could potentially disadvantage local tourism business. Already, he had received queries about the fee issue from foreign tour operators he partnered with.

“These are like double strikes for us. The first strike was the governor’s proposal to close Komodo Park for a year, which already affected people’s interest to visit (although the MOEF has finally decided not to close it),” he remarked. (The proposed $1,000 membership fee) is the second strike.”

Although the government raised the price of entry into Komodo Park for ecological concerns, Indonesian Hotel and Restaurant Association’s chairman Hariyadi Sukamdani hoped that the proposed new price would not come into effect for the sake of the locals who mostly relied on the tourism sector and Komodo Island as the province’s main tourist destination.

Before Komodo Park could gain recognition as a premium destination, the local government needs to develop new attractions in NTT so that tourists could have alternative places to visit in the province when if they cannot afford the annual membership fee of Komodo Park, opined Haryadi. This was to prevent tourist arrivals from declining sharply.

Responding to the criticisms, Shana Fatina Sukarsono, head of Labuan Bajo Flores Tourism Authority, expressed optimism that the annual membership fee would not reduce inbound arrival because travellers would understand that it would be used for conservation purposes.

In early 2020, the ticket price to enter Komodo Island would be discussed again by the MOEF, said Shana, adding that the process of determining the appropriate fee could take up to a year.