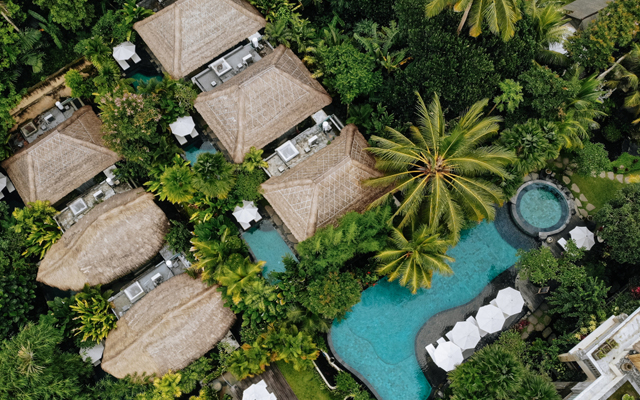 The overall villa rental market in the Asia-Pacific region grew by 12% in the past two years, reaching a value of US$440 million, with an increase in villa supply across various destinations, a recent study has found.

According to the Asia Pacific Villa Rental Market Research 2019 report by Villa Finder, Bali remains the biggest market with over 4,000 villas, and has grown by 18% since 2017, reaching US$162.5 million. The Bali market is also getting increasingly competitive with a 34% increase in the number of villas being built, despite an oversaturated market. Consequently, the average price for a villa stay in Bali decreased by 10% to US$220/night.

China (23%) forms the top inbound market for Bali, overtaking Australia (19%), which the study boils down to a weak Australian dollar and the property market crisis in the country. Other main markets for vacation villas are Europe, Singapore and Hong Kong.

The study also noted that every single market in its study has more villas from two years ago as more investors look to tap into the ever-growing vacation rental market.

Meanwhile, villa rentals in Goa saw a growth of 23%, and is expected to continue growing till early 2020. With more villas on the market, the competition is higher, with occupancy rates at 60% to 70%, with Europeans and Americans making up the bulk of customers.

Australia’s villa rental market is also developing, with a rise in the number of villas in Byron Bay (30%) and Sydney (33%). While villa renters are mostly families, there has been an increase in Gen Z customers (aged 18-24) and corporate clients. However, the average occupancy in these destinations has dipped due to an oversupplied market.

Over in Sri Lanka, the number of villas rose by 25%, and the market grew by 20%, reaching US$4.6 million. However, occupancy rates went down. following the terrorist attacks in April.

Besides Goa, Australia, and Sri Lanka, other up and coming markets are Japan, New Zealand, Vietnam, and Malaysia.

Demand in Thailand’s villa rental markets have gone down, despite growing supply. The villa occupancy rate went down across various destinations, including Hua Hin (-54%), Pattaya (-21%), Phuket (-18%) and Samui (-11.5%).

The Phuket boat accident in July 2018, which affected Chinese arrivals, as well as a weak exchange rate against a strong baht and the impending world recession have contributed to the shrinking of the tourism market. The villa market in Hua Hin went down by 38%, Samui by 15%, Pattaya by 1.5% and Phuket by 2%.