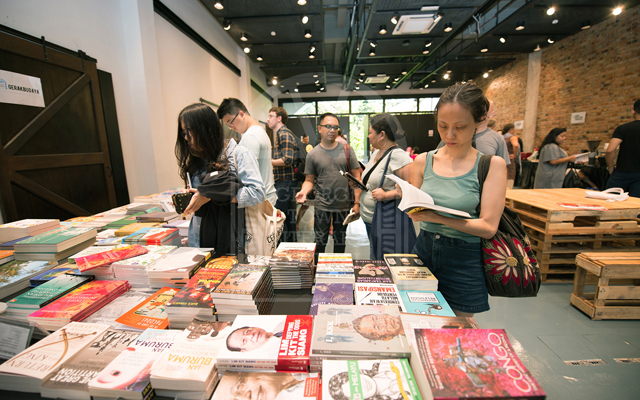 With the ninth edition of the George Town Literary Festival (GTLF) just round the corner, industry players have rolled out efforts to capitalise on the well-loved event by including the GTLF into their Penang itineraries.

Nigel Wong, director of Kuala Lumpur-based Urban Rhythms Tours, Adventures & Travel, shared: “We have seen increased take up of cultural tour packages from the region, and attending the workshops and discussions have the potential of casting new insights and broadening (attendees’) perspectives on pertinent issues.”

Johor Bahru-based New Asia Holiday Tours & Travel’s general manager Raaj Navaratnaa, said: “We have received enquiries from student groups from Singapore and international schools from Johor to organise tours in conjunction with the event, and for us to facilitate one-on-one meetings with specific literary figures, with the intention of further developing school poetry and literature clubs.”

This year’s festival theme ‘forewards/afterwards’ will revolve around new beginnings and transitions, with a strong emphasis on history and timely discussions on the future of the planet. A strategic partnership with Penang-based ThinkCity’s Climate Action Week will also result in an increase of ecologically-focused events in the festival programme.

Manfred Kurz, managing director, Diethelm Travel Malaysia, expects the popular event to draw crowds from beyond the region. He said: “Our main markets – Europe and the US – love literature and issues relating to the environment, hence the festival will be of much interest to them.”

ThinkCity’s managing director Hamdan Abdul Majeed shared at a recent press conference: “We are organising the inaugural Penang Climate Action Week from November 16 to 24, and we are strategically aligning with GTLF to reach out to an even wider audience, beyond the radar of urban and climate enthusiasts.

“Our programme will feature a highly anticipated Climathon, a hackathon for climate change, a talk by the highly respected Jane Goodall at Universiti Sains Malaysia, as well as a series of locally directed and produced short-film and documentary screenings.”

A first for this year’s GTLF, which will see over 80 events spread over four days, will be its focus on language and translation, with highlights on the Malay language and Mahua literature.

GTLF’s co-director Pauline Fan shared: “Utilising world literature and translations as a medium to revisit history and foresee global trends in the next decade, the festival hopes to engage the audience with issues such as the ecological crisis, the displacement of indigenous communities around the world and the future of activism, among many other matters.”

There will also be panel discussions, showcased readings, writing workshops and performances.

The festival, which will take place from November 21-24, is produced by Penang Convention & Exhibition Bureau, and led by co-directors, Pauline Fan and Sharaad Kuttan.

Admission to all events at GTLF is free, with the exception of workshops and classes with festival headliners.

This article has been updated. An earlier version of this story incorrectly stated that this year is the fourth edition of GTLF.