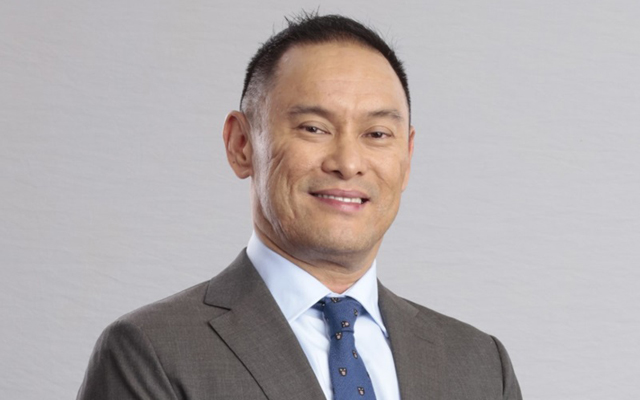 The travel trade is mourning the sudden passing of Philippine Airlines Holdings’ (PAL) president Lucio “Bong” Tan Jr, the son of Filipino tycoon Lucio Tan, who died on Monday (November 11) at the age of 53.

The Tan family did not mention the cause of his death, but he reportedly died days after collapsing during a basketball game last Saturday. The Philippine Star reported that his death was due to brain herniation.

Tan Jr was less than a month in his position as vice chairman of PAL and president of the carrier’s holding company, PAL Holdings.

Vivienne Tan, who is currently serving as PAL executive vice president for treasury, treasurer and chief administrative officer, said in a statement that her brother’s “untimely passing leaves a deep void in our hearts and our group’s management team, which would be very hard to fill”.

“Bong was a son, husband, father, friend and, most importantly, our elder brother whom we all relied on for advice, counsel and leadership.”

The younger Tan is survived by his wife and two sons.

“We grieve the passing of a son, brother, husband, father, business leader and sports enthusiast who served the LT Group of Companies for over two decades,” PAL’s employees said in a statement.

“His non-traditional, ‘one-of-the-boys’, hands-on leadership captured the hearts of those who worked for him. While he advocated productivity at work, he inculcated the value of sports in his corporate culture, thus breaking barriers between management and the employees of the companies he led.”

Tourism industry leader Robert Lim Joseph, a friend of Tan Jr, said: “Bong knew the importance of team effort in and out of the business. We were looking forward when he would take the reigns of PAL.”

Tan Jr’s demise leads to succession questions at PAL, as the younger Tan was seen as the successor to his father. The airline had recently gone through a major reorganisation that led to the retirement of previous president and COO Jaime Bautista after 26 years with the company. Bautista was replaced by aviation newcomer Gilbert Sta Maria.

Great Sights Travel and Tours’ managing director Paul So said that the premature death of Tan Jr at the top of his career is “a big shock”. On how it will impact PAL’s management, So replied: “Your guess is as good as mine.”

Tan Sr, 85, is the chairman and CEO of PAL. Also serving on the PAL board of directors are his wife Carmen and children Vivienne, Michael, and the late Tan Jr.

The travel trade is still reeling in grief at the recent passing of John Gokongwei, 93, who left behind a business conglomerate that includes Cebu Pacific and Go Hotels, helmed by his only son, Lance Gokongwei.