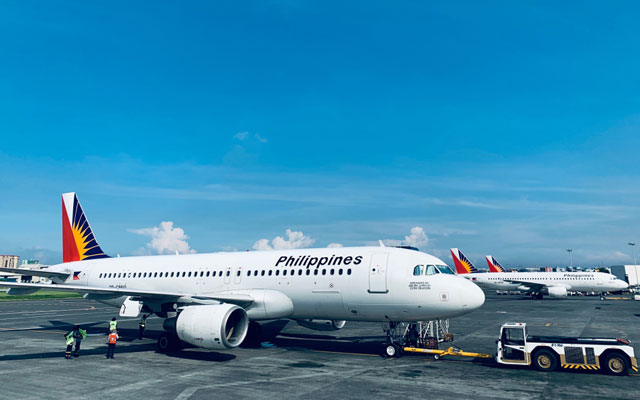 While Philippine Airlines’ (PAL) financial restructuring has no immediate impact on the travel sector, it will be a smaller airline with its future determined by the pandemic’s duration and how long its recovery plan can be sustained, according to the travel trade.

Tourism Congress of the Philippines president, Jojo Clemente, does not see an immediate effect to the airline pursuing a corporate rehabilitation programme, “especially if PAL can manage to keep fares competitive and affordable”.

In the medium term, however, PAL’s recovery “will depend on how the measures they adopt in the short-term pan out,” Clemente said. “If they are able to keep demand or if the pandemic situation gradually improves, they may be able to sustain the recovery programme.

“However, if the current situation persists a few more months, emerging from the rehabilitation may prove to be more difficult. They, and other players in the aviation industry, may be in deep waters.”

Agreeing, Ritchie Tuano, immediate past president of the Philippine Travel Agencies Association, opined that “(the situation) is just so fluid as of this time and forecasting what is going to unfold in the medium and long-term is nothing but a guess”.

Former tourism secretary and founder of consultancy Asia Pacific Projects, Narzalina Lim, said “PAL will be a smaller airline”. The airline’s fleet will shrink by 25 per cent, as it will return 22 aircraft, leaving it with a fleet of 70. PAL will also delay the delivery or cancel orders for 13 Airbus aircraft.

Lim believed that with PAL chairman Lucio Tan infusing US$505 million – a portion of which will be converted to equity – into the restructuring plan, alongside US$150 million of additional debt financing from new investors, the airline will not require the help of the Philippine government to bail it out.

At any rate, Tuano said that “the government has just too much on its plate right now and I am uncertain they should drop everything to throw a lifeline to a single company”.

If passenger demand does not pick up as expected next year, an option is for PAL to convert some of its aircraft into cargo aircraft as “the cargo business can be more lucrative than passenger”, said Lim. “Companies always have to reinvent themselves to survive and PAL is no exception,” she added.

The government has to act on the request of the Air Carriers Association of the Philippines – PAL, Cebu Pacific and AirAsia Philippines – for loan guarantees so that banks can open their credit lines to airlines, considered as poor credit risk in this time of pandemic.

Hospitality consultant Jerome de la Fuente said the government should have come in by now to help PAL as the airline is “the pride and glory of the country”. “It is the national flag carrier, and the oldest airline in Asia with 80 years of history. It is a legacy carrier. Can you imagine a flag carrier owned by a foreigner?” he added.

He said many airlines will be interested to buy out PAL, which is partly owned by Japan’s ANA, because of those attributes alongside having Asian routes that PAL already flies to.

De la Fuente said that somewhere along the line, more money had to be pump into PAL to keep it afloat, just like Malaysian Airlines, Japan Airlines and other carriers that are still surviving after having declared bankruptcy.