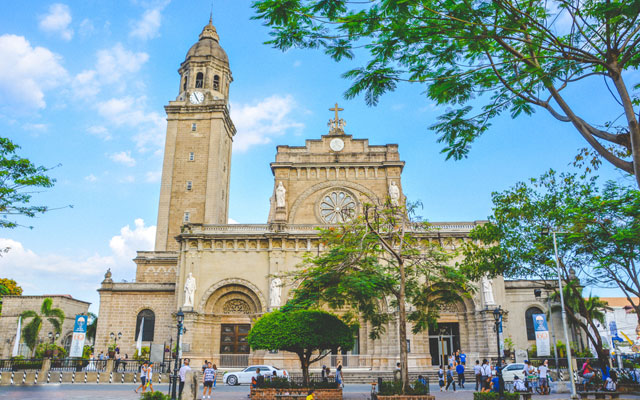 As it undergoes a thorough makeover under new mayor Francisco Domagoso over the last three months, the city of Manila is concurrently developing a tourism circuit that will link its major heritage sites in a bid to revive its lost glory.

Solfia Arborador, director, Manila Tourism and Cultural Affairs Bureau, said that the city, once the Philippines’ political and financial centre during the Spanish and American colonial period and in the early decades of its independence, has six political districts that will be classified into eight tourism hubs.

Initially, a tourism circuit will link the most popular attractions: the Spanish-era walled city of Intramuros to the National Museum, Rizal Park, Binondo Chinatown and other heritage areas, Arborador shared during a recent Travel Talk presentation organised by Rajah Travel at the San Beda College Alabang.

An underpass is also being reconstructed to improve access from other parts of Manila to the City Hall, National Museum and Binondo.

Arborador added that Escolta, Manila’s old commercial street, as well as the historic site of Quiapo, will be revived. Also set for a rejuvenation is the district of Santa Ana which has some protected heritage sites and Tondo which is home to many neglected historical monuments.

Though “Manila has been stagnant for so many years,” Arborador said, the country will ride the momentum set forth by mayor Domagoso in his commitment to develop tourism, which includes cleaning the city’s main thoroughfares and shopping districts of garbage and illegal peddlers.

Acknowledging that the plan entails hard work, Arborador stressed on the importance of involving the community, sharing that they have already started a seminar gathering all tourism stakeholders, from the leaders of different districts and the academe to transport system and tricycle drivers.

She highlighted that a challenge is to have a master plan for Manila, which has more than 3,000 historical sites and objects but “only a few have been identified”.

A master plan is needed to identify all the sites and structures that have to be restored and conserved, she said, adding that incentives have to be given to owners of heritage buildings and structures so the private sector will protect and not sell or demolish them.

A joint research by WTTC and JLL assessing the readiness of 50 global cities to deal with future anticipated growth showed that Manila remains ill-prepared.

WTTC’s regional director for Asia Pacific and the Middle East, Nigel David, said: “Manila has great opportunity to grow but has a lot of work to do to build for the future.”