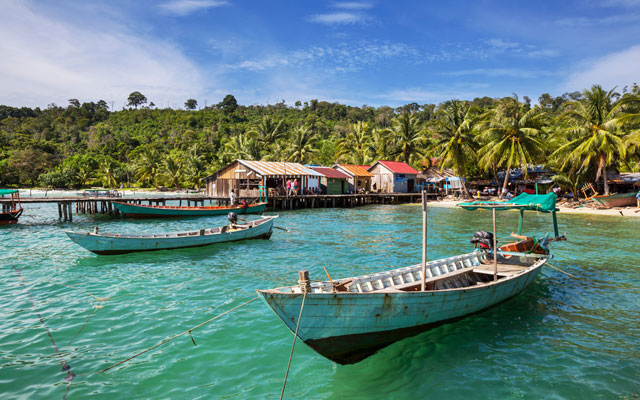 A master plan to develop the Kep province in Cambodia into a high-end, eco-tourism destination, covering four prime sites and 251 projects, is being drafted by the country’s tourism ministry.

Tourism minister Thong Khon was quoted by the Phnom Penh Post as saying that the facelift is to strengthen Kep’s attractiveness and competitiveness as a luxury destination for foreign travellers, in order to help restore the industry to pre-pandemic health.

During a recent meeting presided by Thong Khon to discuss the plan, Ny Phally – ministry undersecretary of state and director of the secretariat of the inter-ministerial commission – said the four primary development areas are Kep town, Ankol beach, the Phnom Vore region, and the province’s archipelago.

Phally said under the master plan, the Kep beach will be improved upon, and the Angkol beach will be developed as a new tourist site, while the Sre Ambel salt fields will be turned into an agro-tourism destination.

“Apart from improving these coastal areas, there are many other development projects, including expansion of international sports facilities, construction of a tourist-oriented war museum and organisation of visits to the 13 islands which are rich in biodiversity like corals, sea dolphins, dugong, fish and many other rare species,” he was quoted by the report as saying.

In its draft master plan, the inter-ministerial commission outlined nine key strategies, including developing tourism resources in Kep town, creating travel corridors, and improving the quality and safety of tourism in the region.