From airline expansion to major infrastructure developments, Saudi Arabia is going all out to power its Olympic-sized tourism ambitions. 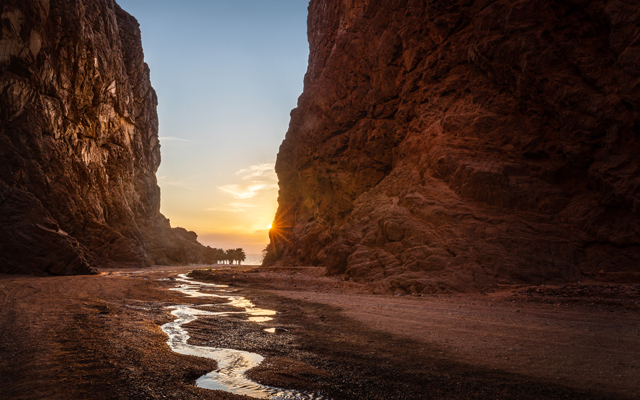 As part of its Vision 2030 plan which aims to diversify the economy to ready for a post-oil future, the Saudi government is plowing billions of dollars into tourism projects. Spearheaded by Crown Prince Mohammed bin Salman, the plan targets 100 million annual tourist arrivals by 2030, and a 10 per cent contribution to the Kingdom’s GDP, up from around three per cent.

In late June, the Crown Prince who is also chairman of the Higher Committee for Transport and Logistics announced plans to establish a second national airline as part of the National Transport and Logistics Strategy to transform the Kingdom into a global logistics centre as well as position Saudi Arabia in fifth place in terms of global air passenger traffic, and boost its air network to 250 destinations. While Saudia, the current national airline, mainly caters to the domestic passenger flow, the new airline is expected to attract international travellers entering or transiting through the country. Plans are also underway for a new airport to be built in the capital, Riyadh.

However, tourism for leisure purposes is new to the Kingdom which opened its doors to international holidaymakers for the first time in September 2019. That year, it introduced fast and easy means for travellers from 49 countries to obtain an e-visa. It also relaxed strict rules for women tourists, including exempting them from wearing an abaya in public, and allowing those above the age of 25 to travel unaccompanied.

Also in line with its plan to develop the tourism sector and open it to foreign investment, Saudi is building several mega projects backed by its Public Investment Fund (PIF).

This includes the US$500 billion futuristic mega-city Neom, which is being billed as a vision for a future smart city. Neom, a region in north-west Saudi Arabia on the Red Sea, is being built from the ground up that will include hyperconnected, cognitive towns and cities, ports and enterprise zones, research centres, sports and entertainment venues, and world-class tourist destinations.

For the more active traveller, Neom will entice with sports such as skydiving, hiking and water skiing, alongside wellness programmes for the health-conscious.

There are plans to make Neom part of its own economic zone with its own set of policies including offering visas-on-arrival and improved business regulations.

Another mega project backed by PIF is The Red Sea Project. Extending over 28,000km² on Saudi Arabia’s Red Sea coast, the destination will offer a diverse range of tourist experiences, from island getaways and resort holidays to mountain retreats and desert adventures.

According to the masterplan created by The Red Sea Development Company, upon completion in 2030, the Red Sea Project will offer around 8,000 hotel rooms, alongside more than 1,000 residential properties across 22 island resorts, mountain retreats and desert hideaways. The Red Sea Project is being positioned as a high-end tourism destination with luxury marinas and accommodation, golf courses, posh restaurants and entertainment facilities.

Yet another mega project that has PIF’s backing is the Qiddiya entertainment city, which will be located on the doorstep of Riyadh and is set to become Saudi Arabia’s capital of entertainment, sports and the arts.
Spanning 366km², the city will host a Formula 1 racing track, a Six Flags theme park, a water park, and sports facilities such as football stadiums, among others.

Ally Bhoonee, executive director of World Avenues Travel & Tours, a Malaysia-based outbound tour operator, shared: “Saudi Arabia has a lot of marketing to do in terms of changing overseas travellers’ general mindset that the Kingdom is a very conservative country. It has to carry out overseas roadshows and invite international media to experience the Kingdom’s current tourism offerings and to be aware of the new tourism developments in the pipeline.”

Alicia Seah, director of public relations & communications at Dynasty Travel in Singapore, concurred. She said: “It is important to orientate travel agents and showcase to us what the destination has to offer and its safety and hygiene protocols in place. (This can be done through) familiarisation trips or even webinars hosted by the tourism board.”