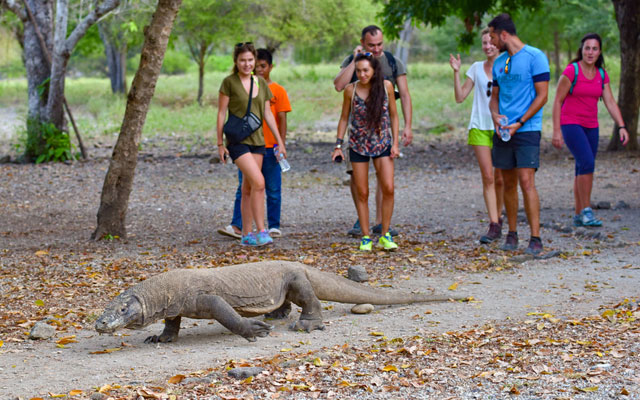 The Indonesian government has decided that Komodo Island will remain open to visitors, after a study showed that the giant lizard is not under threat of extinction.

East Nusa Tenggara governor Viktor Laiskodat had earlier called on the Indonesian authorities to close the island to the public for one year to allow the dragons to regenerate and cut the risk of poaching their prey such as buffalo and wild boar.

The Ministry of Environment and Forestry, which oversees the national parks in Indonesia including Komodo Island, has since formed a team to study the situation so as to determine the necessary steps to take.

Announcing the news in Jakarta yesterday, Siti Nurbaya Bakar, minister of environment and forestry, said: “(The number) of Komodo dragons on Komodo Island, based on observations that took place from 2002 to 2019, has been relatively stable. There is no threat of decline.”

However, the minister said that the management of the park would now be undertaken concurrently between the central and regional governments to ensure the sustainability of local livelihoods, the conservation of the dragons, as well as maintaining world-class tourism quality and investment.