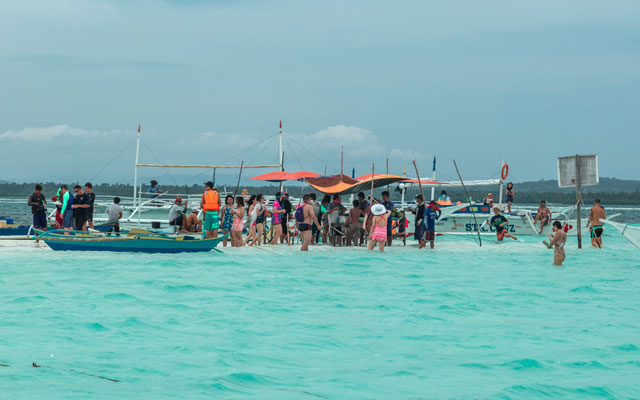 The Sino-US trade war and a weaker yuan have put a damper on outbound travel from China, as Chinese travellers turn towards domestic travel or more value-for-money destinations in South-east Asia.

Guangdong Qiyouji International Travel Service’s marketing and partnership director, Anson Neo, cited the appreciating US dollar as one of the reasons why Chinese are skipping longhaul travel.

“The overall economy has been affected by the trade war, bringing about a weaker Chinese currency. Clients believe that it will cost more to travel longhaul, but domestic travel or trips within Asia still remain affordable,” he shared with TTG Asia at the recent PATA Travel Mart in Nur-sultan, Kazakhstan.

An anonymous buyer from a China-based OTA, however, offers a more depressing outlook of the Chinese outbound market amid the volatile economy.

He elaborated: “I’ve heard that many people have cancelled their longhaul trips, or cut the frequency down to one or two (a year). Nearby protest-hit Hong Kong is no longer a safe destination, and many charter flights have ceased. As a result, travellers find it expensive to fly out, and are switching to domestic travel, which explains why self-drive products in China have surged 30 per cent.”

Although the uncertain economy has not led to an obvious decline in his business, the pace of growth has dropped, said Shane Wang, project manager of overseas destination marketing, Tongcheng-Elong Holdings.

And since groups cannot be sent to Hong Kong due to protests, Wang’s company sends groups to Macau instead, though as a mono destination now. Chinese OTAs such as Ctrip.com are also pushing a twinning of China and Macau, as they celebrate their respective milestone anniversaries this year.

Meanwhile, Thailand-based 500 Rai Resorts & Tours’ managing director Atirat Danphattharaworawat, has noted a drop in Chinese visitors to both Phuket and Krabi, as both destinations focus on drawing mass-market Chinese.

“Their economies have slowed down after the Chinese switched to less expensive destinations like the Philippines and Vietnam,” he added.

The Philippines and Malaysia, meanwhile, appear to reap the benefits of Chinese’ reduced appetite for longhaul travel.

For instance, China has now risen to the second biggest inbound market for the country, according to Monina Valdez, market specialist ASEAN and the Pacific division at the Philippines’ Tourism Promotions Board.

“There are no signs of this market slowing down. Even when Boracay was closed (a favourite destination for the Chinese), agents in the Philippines could still direct them to Palawan, Cebu and Bohol (as opposed to losing the business entirely),” added Valdez.

Olivia Ooi, senior vice president destination sales & marketing at Desaru Coast, in Johor, notices that the Malaysian integrated resort tends to draw the more affluent Chinese with the presence of international branded properties like Hard Rock and The Westin within its premises.

“We’re still a new destination, but the Chinese market has been growing for us year-on-year, alongside other markets like India and Hong Kong. To capture more of the Chinese market, we’ve been participating in roadshows, as well as conducting our own sales mission in China,” Ooi shared.