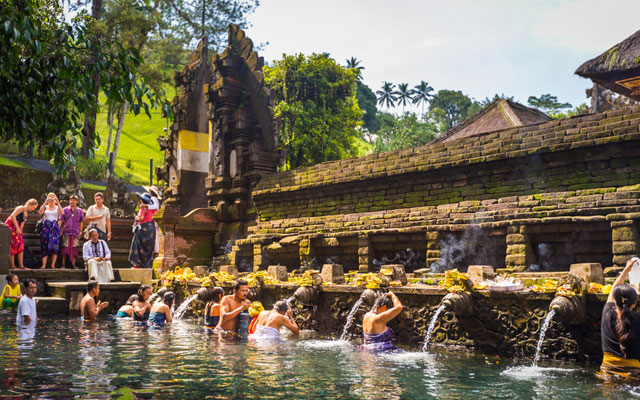 Industry members in Indonesia have expressed their deep reservations and objections over the passing of a revised criminal code containing controversial articles, as they believe such a move would prove disastrous for the tourism sector if passed through.

A highly contentious bill is Article 417 (1) of the Revised Criminal Code Bills stated that anyone caught conducting adultery and sex outside of marriage could face a maximum of one year in prison. Another bill prohibits cohabitation outside marriage and same-sex sexual relations.

Although the bills have yet to become law and the parliament has decided to delay passing the bills, the trade has seen some damages done and want the controversial articles to be scraped altogether.

The draft criminal code, which could potentially criminalise tourists for having extramarital sex in the country, have drawn sharp criticisms from industry stakeholders in Bali.

For I Ketut Ardana, managing director of Bali Sunshine and chairperson of the Association of Indonesian Tours and Travel Agencies (ASITA) Bali chapter, the revisions of the criminal code, which recently drove thousands of university students across the country to take to streets, are a threat to tourism.

Expressing his disagreement, Ardana said: “If we want to develop tourism in Indonesia, such crazy regulations do not need to exist in this country.”

Meanwhile, the Bali administration has also asked tourism players to remain calm as the law has not changed. However, according to Ardana, the bills have affected tourism in Bali negatively, with cancellations made by inbound travellers this month.

He revealed that a number of ASITA Bali chapter’s 415 members have made cancellation reports. He said: “They (tourists) think that the bills have been passed into law and already imposed.”

Hasiyanna Ashadi, managing director of Marintur Indonesia and chairperson of ASITA Jakarta, said that the delay instead created feelings of uncertainty among travel trade players and foreign tourists. Her clients, who were mostly from Europe, had bombarded her with questions about the bills.

Like Ardana, Hasiyanna said that her members also reported inbound travellers cancelling their trips to Jakarta, Yogyakarta and Bali for the same reason. For her, the cancellations are a proof that the bills have made foreign tourists afraid.

ASITA Jakarta chapter has 1,480 members. She recalled: “Some of them complained that their guests who just landed in Singapore and planned to go to Indonesia in the next day made cancellations out of the blue after reading news reports about the bills. They then flew to Thailand.”

The bills, said Hasiyanna, have gone too far in interfering in what she deems are people’s private lives. She remarked: “We (travel companies) fight to promote Indonesia to attract more inbound tourists to come, but it turns out that there are many regulations that do not make sense here.”

According to her, most of the cancellations reported to her were made by Australian inbound travellers planning to visit Bali. The Australian Department of Foreign Affairs and Trade, meanwhile, advised its citizens to exercise a high degree of caution when visiting Indonesia.

The proposed bills also raised the eyebrows of Anita Utami, Jakarta branch sales manager of Dwi Tour, who foresaw that if the bills became law, it would decrease tourist arrival numbers, especially in Bali.

For her, those bills are not only confusing but also counterproductive with the government’s ambitious yearly target to attract 20 millions of foreign tourists to Indonesia.

Stressing the massive contributions of the tourism sector to the Indonesian economy, Jongki Adiyasa, executive director of Ina Leisure Tour & Travel, crosses fingers that the bills will not become law. If the law is strongly imposed, he believes that will deal a death blow to Indonesia tourism.