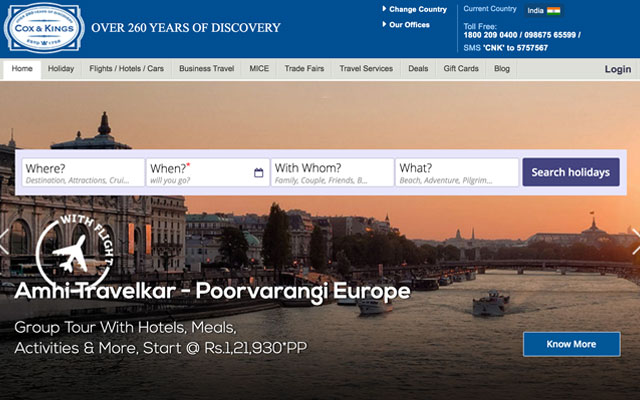 The IATA has terminated the license to sell tickets for Cox & Kings and asked the debt-ridden Indian tour company to surrender its IATA ID card, the latest in a series of blows to the embattled Indian travel company, according to a Business Today report.

IATA’s suspension of its license follows the recent closure of its Australia and New Zealand offices, as well as Virtuoso’s confirmation last week that it has terminated its preferred partnerships with Cox & Kings in the US and Dubai.

Cox & Kings has “defaulted on multiple payments of commercial papers since June 2019”, Business Today reported, adding that the company has defaulted on payments worth Rs300 million (US$4.2 million) on September 20.

Under the agreement, some key core employees of Cox and Kings will also be transferred to the EbixCash payroll with immediate effect. This transfer agreement is part of EbixCash’s efforts to double its revenue from last year, from the corporate travel sector by the end of this financial year.

Established in 1758, Cox & Kings is among the world’s oldest tour companies but has found itself mired in a US$500 million debt. Speculation is rife that the India-based company may soon face the same fate as Thomas Cook, which collapsed last week after 178 years in business.