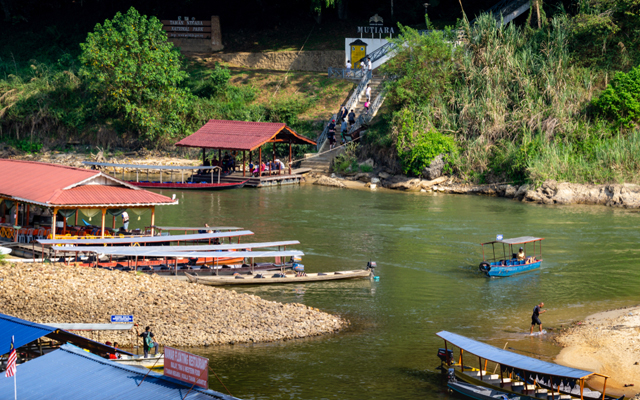 Domestic tourism in Malaysia posted a 10.9 per cent increase in 2018, growing to 78.2 million domestic tourists last year from 70.5 million the year before, revealed figures from the Department of Statistics Malaysia (DOSM) in a survey of some 100,000 respondents.

Expenditure on shopping recorded the highest percentage share of the total expenditure at 26.8 per cent, followed by fuel and F&B (13.9 per cent), visited households (13.7 per cent), accommodation (13 per cent), transportation (8.4 per cent), other activities (4.9 per cent) and expenditure before the trip/packages/entrance fees/tickets (3.9 per cent).

Unpaid lodging provided by relatives and friends were the main choice of accommodation last year. It recorded the highest percentage at 68.2 per cent, followed by hotels (20.4 per cent), apartments (4.4 per cent), homestays/vacation homes (3 per cent), chalets (2.3 per cent) and rest houses (1.7 per cent). The average length of stay rose 3.8 per cent to 2.44 nights last year, from 2.35 nights in 2017.

Most domestic tourists were between the ages of 25 and 39 years old, earning double income and no children or single office ladies, shared Musa Yusof, director-general, Tourism Malaysia in a joint press conference with the DOSM.

Secretary-general at the Ministry of Tourism, Arts and Culture Malaysia, Isham Ishak, said that the results of the domestic tourism survey will help the ministry in planning programmes and events to increase the number of domestic tourists, in conjunction with Visit Malaysia 2020.