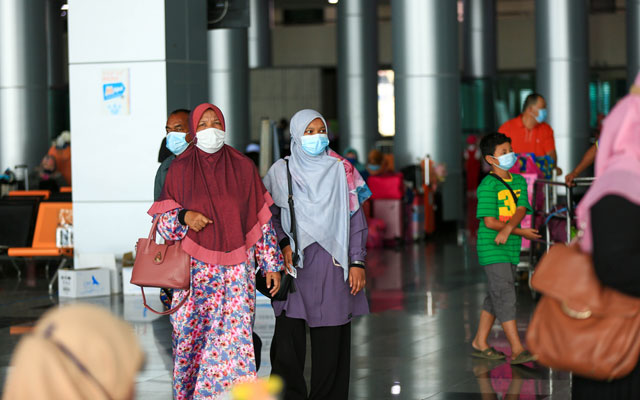 The Malaysian government is deliberating lifting border control and allowing fully vaccinated Malaysians to travel abroad as well as tourists and business travellers to enter the country, amid expectations that interstate travel in the country will resume by mid-October.

The announcement was made by the National Recovery Council chairman, Muhyiddin Yassin on Monday (September 27), however, he did not specify a date as to when border measures will be eased.

He also said that interstate travel will be allowed when the country achieves 90 per cent adult vaccination coverage, and this could be realised in early October or at the latest, by mid-October.

As of Tuesday, Malaysia has fully inoculated 85.1 per cent of its adult population.

Commenting on the federal government’s plan to resume interstate travel from next month, Uzaidi Udanis, president of the Malaysian Inbound Tourism Association, stressed that a consensus must be reached between both federal and state governments.

He cited the recent case of the federal government announcing that fully vaccinated domestic travellers will be allowed to visit Melaka from October 1, only for the state government to come out later to say that interstate tourists will not be accepted until the 90 per cent vaccination target is reached.

“There are costs involved when preparing for a reopening after a very long closure,” said Uzaidi. “A lesson that can be learnt from Melaka is that communications between federal and state governments must be improved upon and there must be ample notice given to tourism stakeholders to prepare to receive visitors. (Reopening plans) will backfire if the destination is not ready to receive visitors.”

Meanwhile, Penang Port CEO, Sasedharan Vasudevan, said the port authority has submitted the standard operating procedures for Covid-19 management to the government and once approval is given, cruise operators can begin their cruise-to-nowhere operations out of Penang.