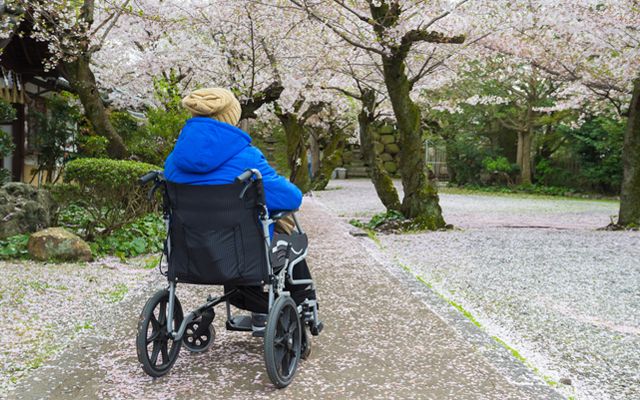 Japan is ramping up its accessibility efforts to better cater to a growing number of overseas and domestic visitors with mobility issues. According to the Japan National Tourism Organization, 15 per cent of the 31 million inbound visitors to Japan in 2018 had a physical disability.

Meanwhile, Japan’s rapidly ageing population is resulting in more domestic travellers with reduced mobility. By 2030, 37.2 million people in Japan are expected to be aged 65 or older, according to the National Institute of Population and Social Research.

In anticipation of this growing need for improved accessibility, the government will be using the Tokyo 2020 Olympic and Paralympic Games to champion barrier-free access to transport, hotels and attractions. It has launched a Universal Design 2020 Action Plan to make universal facilities a legacy of the Games.

To date, 93 per cent of Tokyo’s subway stations and 1,000 taxis are wheelchair accessible. In soft infrastructure, the Japan Tourism Agency is supporting barrier-free mindset education to aid tourism staff.

“There is a need to create the infrastructure to allow every traveller, including the elderly and people with disabilities, to experience the ‘joy of travelling,’” the Council for a Tourism Vision to Support the Future of Japan said.

All Nippon Airways (ANA) has launched a raft of new services, including one that allows passengers who require special assistance to register their information indefinitely, rather than on a per-use basis. The airline has also partnered with Panasonic to test self-driving electric wheelchairs at Narita International Airport and created Mobility as a Service, which offers on-demand transport for all on arrival.

“We think it is very important to promote accessible/universal tourism,” an ANA spokesperson told TTG Asia. “We will continue embracing the latest technological advancements and seeking out new innovations to improve every aspect of the air travel experience.”

Joshua Grisdale, founder of Accessible Japan, a website that offers information on barrier-free facilities, claims that although there are more barrier-free rooms, toilets and facilities in Japan, more needs to be done to communicate its availability in English.

“According to a recent survey, 54 per cent of disabled people said they would not travel to a destination if information on accessibility is not available,” he said.