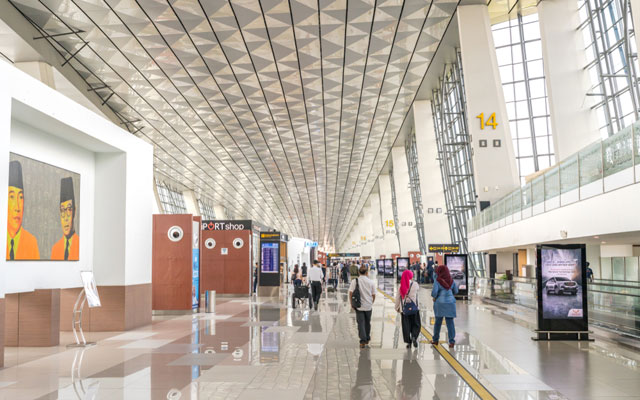 An open sky proposal made by Indonesian president Joko Widodo, who suggested allowing international airlines to operate domestic routes, has drawn a mix of support and caution from tourism stakeholders.

With the Indonesian trade recently up in arms over high air ticket pricing, Widodo opined that heightened competition could help keep airfares affordable.

“Maybe there is not enough competition. We try to multiply the competition by inviting foreign airlines to serve domestic routes,” said Widodo.

Under the current law, foreign airlines need to establish a business entity in the country with at least 51 per cent of shares held by Indonesians in order to operate flights within the country.

AirAsia Indonesia was set up under such rulings on ownership.

The transportation ministry is to study Widodo’s proposal, and the government will convene this week to discuss the possibility of open skies in Indonesia.

Such developments in aviation could have far-reaching effects on the tourism and hospitality industry, expressed Haryadi Sukamdani, chairman of Indonesia Hotel & Restaurant Association.

Haryadi said the duopoly market conditions have contributed to the high airfares in Indonesia.

He added: “The president’s plan will not only stimulate competition in the aviation industry, but also (make air tickets) more affordable. The hospitality industry is very affected by airline tickets. As is the case at this time, hotel occupancy (has taken a tumble) after air ticket prices have risen.”

She said: “The main obstacle to Indonesian tourism is access. There are destinations that are ready with the airports, but sadly the flights are still limited. One example is Belitung, which has only five to six flight services from Jakarta. If the government allows the foreign airlines to fly domestic (routes), perhaps the story will be different.”

Pauline sees huge projected growth for domestic travel in the coming years. “But if there are still limited airlines and high fares persist, Indonesia’s tourism will suffer greatly as more Indonesian will opt to travel overseas,” she remarked.

Similarly, Budijanto Ardiansyah, vice president of Association of the Indonesian Tours and Travel Agencies, also opined that the government needs to give consideration to other important issues in its move to allow foreign airlines to operate in Indonesia.

Budijanto added that before even considering the safeguarding the country’s sovereignty, there are “problems” still to fix within the country. “I am worried (the move) will backfire if foreign airlines are allowed to fly. We don’t want foreign airlines to destroy the Indonesian aviation industry.”

He added: “I suggest the government gives more incentives, like tax reduction for local airlines. Perhaps, if such kind cost is reduced, it can make airlines more efficient and ultimately bring down ticket prices.”

“They should not only fly on routes around Java Island or Bali. They must also link the services to areas that are remote or isolated. I do hope they will fly to developing regions,” Arief said.