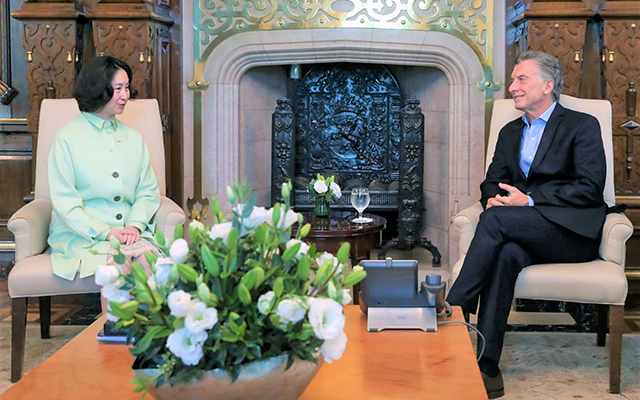 A delegation for the Global Tourism Economy Forum (GTEF) recently completed an official visit to Argentina and Brazil, official partner countries of the annual forum this year.

Led by Pansy Ho, vice chairman and secretary-general of GTEF, the delegation’s mission was to meet the heads of state and tourism ministries of Argentina and Brazil, introduce GTEF 2019 and reach out to major chambers of commerce, tourism associations and industry leaders.

The delegation also hoped to stimulate new ideas for the preparation of GTEF 2019, and eventually foster a broader tourism exchange and cooperation among the nations.

The delegation continued its trip at Brasilia, capital of Brazil. Wang Ping, vice chairman of GTEF and chairman of China Chamber of Tourism, was received by Hamilton Mourão, vice-president of Brazil, who said he would attend GTEF 2019 this October. There were also exchanges between various Brazilian tourism officials and leaders and the delegation on facilitating wider China-Brazil tourism cooperation .

Scheduled in MGM COTAI, Macau on October 13-15, GTEF 2019 will present the theme of tourism and leisure, wellness and sports, and bring in Argentina and Brazil as partner countries and Jiangsu as featured China Province.