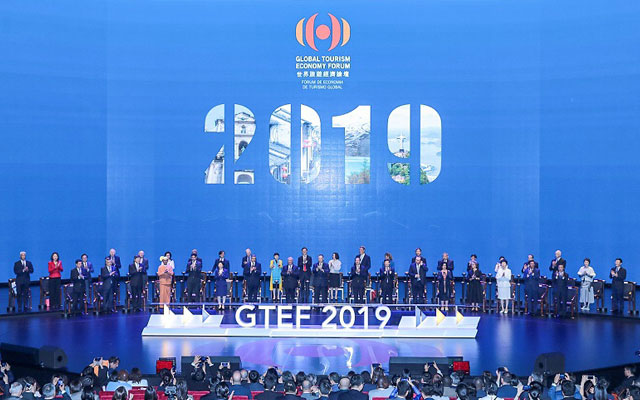 The eight edition of the Global Tourism Economy Forum (GTEF) concluded yesterday at the MGM Cotai in Macau, following two days of forward-thinking discussions and sharing of insightful perspectives by industry leaders and experts on the global tourism economy under the theme “Tourism and Leisure: Roadmap to a Beautiful Life”.

Chui Sai On, Macau’s chief executive, said in his opening speech that the GTEF “is an advanced platform for international exchange and cooperation in tourism, and leverages Macau’s institutional, cultural and geographical advantages to push forward sustainable tourism and economic development”.

In his opening speech, UNWTO’s secretary-general Zurab Pololikashvili stressed: “Tourism is not just about numbers and economic benefits. It is also about healthy lifestyles and the well-being of society, echoing the theme of 2019 GTEF on how tourism and leisure lead to a better life.”

Hosted by the Secretariat for Social Affairs and Culture of the Macao Special Administrative Region Government, this year’s GTEF engaged close to 2,000 participants, including ministerial officials of tourism and related fields, industry leaders, experts, scholars and participants from various countries and cities across the globe, along with delegations from GTEF 2019 partner countries Argentina and Brazil, as well as featured Chinese province Jiangsu.

The GTEF also deepened its collaboration with the UNWTO by bringing the finale of the UNWTO Tourism Tech Adventure: SportsTech to Macau for the first time, to foster reform and innovation in the tourism value chain.

The GTEF World Tourism Investment and Financing Conference was also launched in this edition, inspiring delegates to explore new possibilities in the tourism markets along the Belt and Road and across the Guangdong-Hong Kong-Macao Greater Bay Area.