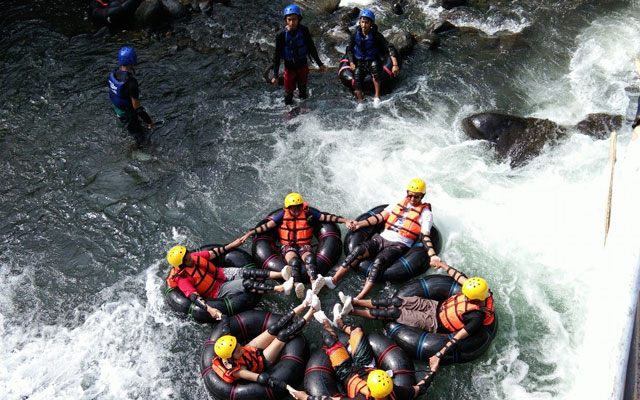 Four travel executives died in an river tubing accident in Magelang, Central Java yesterday when they were hit by sudden floodwaters.

They were buyers attending Jogjakarta Istimewa Travel Exchange (JITEX) which took place from March 10-12. Together with 11 other JITEX participants, they extended their stay to take part in the Little Ubud River Tubing adventure along Singgono River in Magelang.

Djohari Somad, chairman of the Association of the Indonesian Tourism Players, said in a statement: “Around 14.00 (when they were resting in the middle of the adventure) a sudden river flooding took place and swept participants away. Four, including three of our association members, were casualties while the rest were safe.”

Yudianto Adhi Nugroho, head of Magelang Police Office was also quoted by the local media as saying there was no rainfall and the weather was fine for tubing when the group started the adventure. However, a sudden flooding took place when the group got to the middle of the tubing route, resulting in the unfortunate tragedy.