A high-profile international meeting is headed for Bali, catalysing further visitor-friendly developments such as a smart city initiative in Badung, reports Mimi Hudoyo 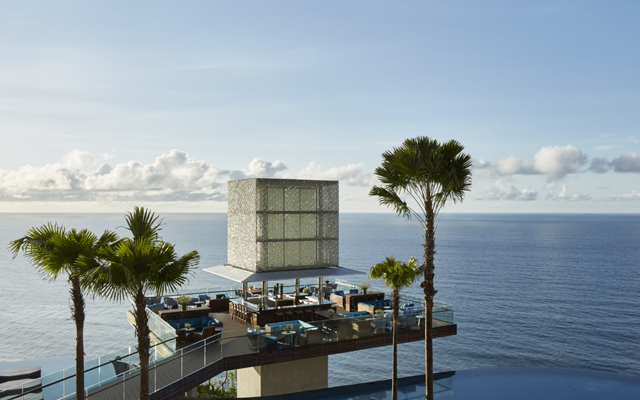 Bali recently hosted the Annual Meetings of the International Monetary Fund and the World Bank Group from October 8-14, the biggest-ever business event ever to take place on the island.

Over 15,000 delegates from 168 countries flew in to attend these high-profile meetings. As well, some 1,200 meetings were held in 89 venues across two convention centres and hotels.

In the Nusa Dua area alone, 4,600 hotel rooms were booked to accommodate the delegates. Other guests stayed in Sanur, Kuta and Denpasar.

An event of this scale not only put Bali on the international conference map and brought economic benefits, it also provided the push for resources to be allocated to improving infrastructure and facilities on the island.

For Badung, the event served as a springboard for the regency’s smart city project. By this month, visitors to Badung area will be able to enjoy free Wi-Fi. The regency government has also invested in 385 CCTV cameras in 986 locations.

I Made Badra, Badung Regency’s head of tourism, said: “The CCTV cameras are placed at tourist attractions and other strategic locations to provide safety and security for travellers and the community alike.”

The project currently covers Badung Regency, the fastest-growing and most visited tourist region in Bali, but is expected to expand to the rest of the island down the line.

Badung Regency stretches from southern Nusa Dua, Uluwatu and Jimbaran to Seminyak and Canggu on the west coast up to Mengwi and Plaga in the northern part of the territory.

In terms of area, Badung Regency covers only 7.6 per cent of Bali, but contributes 65 per cent of the local economy and 40 per cent of passenger arrivals to Indonesia.

Further infrastructure developments are also taking place on the island.

Angkasa Pura I, the airport authority, has expanded the apron at Ngurah Rai International airport to make available 11 additional parking stands to 63 aircraft.

Initially, plans were for a second runway to be built to provide a dedicated runway for take-off and landing. However, the central government has now decided to invest in developing a second airport in North Bali instead.

The 712m-long underpass is expected to reduce the traffic congestion around the Ngurah Rai Statue cross roads by 50 per cent.

Other plans include the development of the nine-kilometre road connecting Nusa Dua and Jimbaran.

Mella Purwanaika, vice president marketing at Jambuluwuk Hotels and Resorts, said: “While we do not get direct business from the conference itself, as our hotel’s location in Seminyak is quite far from the venue in Nusa Dua, the infrastructure and facility development are great news for the industry.

“For us, this means that our hotel, Jambuluwuk Oceano Seminyak and its restaurant, Frestro & Bar, will be more visible to travellers.”

Bali now boasts a new landmark with the completion of the Garuda Wisnu Kencana Statue at the GWK Cultural Park. Standing at 121m tall (271m above sea level), it is the third tallest statue in the world.

The new addition to GWK Cultural Park, long known as a venue for dinner under the stars, has taken 28 years to reach completion. Indonesian artist Nyoman Nuarta had started building the statue in 1989, but construction came to a halt during the 1997 economic crisis.

In the Uluwatu area, Omnia Dayclub Bali, which opened in February, has become the talk of the island as an all-day party destination. In Canggu, the recently opened Mason restaurant serves creations made from locally sourced and organic ingredients, while in Nusa Dua, Revivo Wellness Resort offers accommodation, wellness facilities and retreat programmes.

Meanwhile, existing establishments are reinventing their products to keep up with the competition.

The Sarong Group, for example, has come up with Canggu Cooking Retreat, which offer homestays, cooking classes, street food tours and more.

Chef Will Meyrick, who owns the restaurants under the Sarong Group, said: “With the increasing competition on the island and in keeping with the trend where travellers today look for experiences, we have come up with street food tour and adventure offerings.”