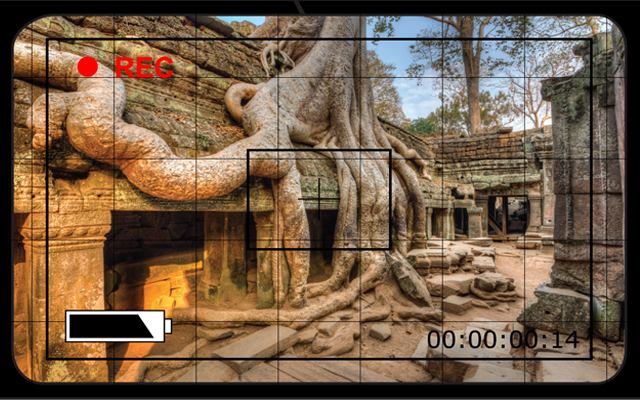 One of the latest blockbuster hits to make waves on the international big screen, Crazy Rich Asians, sparked a rush in the travel industry. While Singapore’s tourism players cash in on the predicted surge in visitors inspired by the set, in Asia’s broader tourism sector in Asia, some are shifting the spotlight to the detrimental effects of film tourism.

Tour operators put together Crazy Rich Asians tours of the city, while Singapore Tourism Board teamed up with Warner Brothers to launch a series of marketing campaigns across the US, Australia, South-east Asia and Japan. Local guide Phil Choo, who has been running Crazy Rich Asians-themed tours since 2014 after reading the book the film is based on, has noted a rise in interest in his tours since the film premiered. He predicts this will continue, with more people wanting to follow in the footsteps of the movie’s stars.

Choo said: “The film is like a love letter to Singapore and showcases some of the best of our country. It can only be positive, generating greater interest in the country and attracting more visitors. It is free advertisement for Singapore.”

Film tourism can bring with it huge benefits, with countries enjoying a boom in visitors of between 25 and 300 per cent after featuring in a film, according to data from Champion Traveler.

Its research showed visitors to Wallace Monument in Scotland increased by 300 per cent after the release of Braveheart. The Beach led to a 22 per cent increase to Thailand, Mission Impossible II saw 200 per cent more people visit Sydney National Park, and all filming locations featured in the Harry Potter series welcomed 50 per cent more tourists.

“(Film tourism) brings huge public relations value and marketing for a country if a movie is featuring a certain destination,” said Edwin Briels, managing director of Khiri Travel Myanmar. In October 2017, Briels attended LocationEXPO, a Hollywood tradeshow for producers scouting for locations. His aim was to plant Myanmar on the map as a potential destination for film-makers.

“I am sure tourism in Myanmar could benefit from having a feature movie or any reality show or documentary shot in Myanmar,” he added.

Cambodia is a country that has been able to cash in on the film industry, with Ta Prohm – one of the three main temples at Angkor Archaeological Park – providing the famous tree-riddled temple backdrop to the 2001 film starring Angelina Jolie, Lara Croft: Tomb Raider.

Nick Ray, location manager, producer and director of Hanuman Films and advisor of Hanuman Travel, said: “(The film) has had a powerful imprint on Angkor and has become part of Angkor’s story. Ta Prohm is now nicknamed as much the Tomb Raider temple as the jungle temple.”

Ray, who worked as location manager on the film, adds that Tomb Raider’s effect on attracting tourists to the site has taken time to trickle down due to Cambodia building peace after decades of war.

“You have to remember when it came out in summer 2001, Cambodia was only just emerging from a long civil war,” said Ray. “It wasn’t long since the fall of Anlong Veng so it was all still quite raw. When you look at what’s happened since, and how important Tomb Raider has become in tour guides’ talks, you realise its impact and power.”

Ray regularly visits Ta Prohm on location scouts or accompanying high-end tour groups. At the “Tomb Raider tree”, he always hears guides talking about its appearance in the film. Said Ray: “This shows the power of film and film locations.”

In spite of the potential films have to attract tourists to a destination, movie tourism comes coupled with issues.

“Overtourism and crowding can be an issue, especially in fragile or remote areas,” said Sue Beeton, a senior lecturer in tourism at La Trobe University in Australia, who has been studying film tourism for more than 25 years.

A prime example is 2000 Hollywood hit The Beach, starring Leonardo DiCaprio. 20th Century Fox Pictures was sued by environmental activists for moving palm trees and damaging the pristine island’s natural beauty during shooting. And the hoards who flocked to the destination for a slice of the hidden tropical paradise portrayed in the film have caused devastating environmental damage.

In June, drastic measures were taken to prevent Maya Beach, on Phi Phi Leh, from being environmentally devastated. Up until its four-month closure, it welcomed about 3,800 visitors daily, bringing damage.

Beeton added: “Other negative effects are when the film attracts a different market to that of the existing tourists, which can create friction.”

Chinese film Lost in Thailand, released in December 2012, triggered an influx of Chinese tourists visiting the campus of Chiang Mai University, which featured in the film. The university reported up to 500 tourists a day causing chaos at the university by wandering into classrooms, taking photos of teachers and even renting school uniforms and sneaking into classrooms. To curb the behaviour, the university started charging for short tours.

“There’s the sort of the Hollywood kiss of death,” remarked Ray, adding it is vital lessons be learnt from Thailand and Boracay, which was closed for six months in April as part of environmental rehabilitation efforts. He suggests measures be put in place, such as controlling numbers or charging entry fees.

“The issue of mass tourism in general is a massive one and films may help trigger it,” he said. “Tour operators can help by informing the government and coming up with their own suggestions and plans, but it takes political will to trade-off between quality versus quantity. Do we want one million tourists or one thousand tourists spending the same amount?”

Beeton adds it is important that proper planning and research are carried out by tourism stakeholders to understand what the potential in filming may be.

The Cambodian government is also pinning hopes on the film industry to help the country hit its target of attracting two million Chinese visitors to Cambodia by 2020, up from 1.2 million in 2017.

In September, shooting started on Love in Cambodia, a collaboration between the ministries of Tourism, and Culture and Fine Arts, that aims to showcase the country to tourists, particularly Chinese. It will feature Phnom Penh, Angkor Archaeological Park, Koh Rong and Bokor Mountain in Kampot.

“There’s Hollywood, Bollywood, China and a lot of other film industries that are big,” said Ray. “If you get one or two production companies to peel off and they can see what’s on offer, suddenly you’ll have a wave of people coming over.”