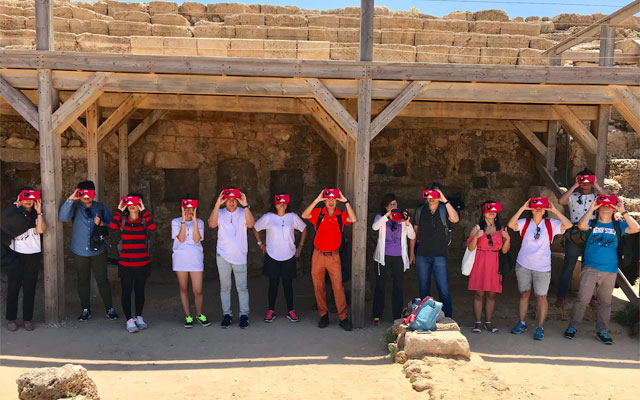 Standing among the ruins of the Hipodromo in the ancient coastal city of Caesarea, the inaugural tour group don the AR goggles to marvel at how this venue was used for chariot races during the reign of King Herod back in its heyday. The AR technology, developed by Israeli content provider Yaturu, allows for immersive and experiential tours with the help of headsets and cellphone applications through which tourists view pre-programmed stories and acting superimposed on various sites in Israel.

Through this unique technology, the reality of the tourism sites, including their rich history, is enhanced by the 360-degree Hollywood-quality digital visual narratives and sounds, enabling travellers to better appreciate Israel’s history, from its biblical origins to the modern times .