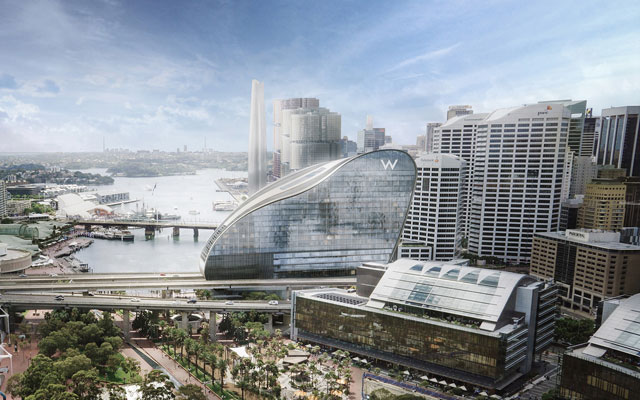 Marriott is bringing back the W Hotels brand to Sydney, which will be built and developed by Grocon and funded by Greaton Group.

Slated to open in 2020, the new-build hotel will be part of The Ribbon, a development said to transform Sydney’s skyline on Darling Harbour.

W Sydney will feature 593 guestrooms, suites and serviced apartments. Facilities include the brand’s iconic pool deck that opens out to views of Darling Harbour; two bars; a restaurant; the brand’s Away Spa; gym, and 925m2 of event space including a grand ballroom.

The opening of W Sydney will mark the third W in Australia alongside W Brisbane, just opened this month and W Melbourne, also opening in 2020. The Australian openings will bring W Hotels close to its goal of 75 hotels by the end of 2020.