The Muslim millennial isn’t unlike other millennials, it appears, and the global travel trade is taking heed. By S Puvaneswary 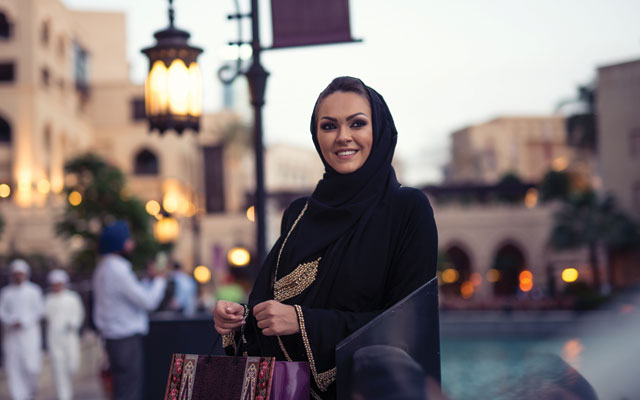 The Mastercard-CrescentRating Global Muslim Travel Index 2017 published in May showed around 121 million Muslim international travellers in 2016, a figure projected to grow to 156 million by 2020.

The research projected total expenditure from Muslim millennial travellers alone to surpass US$100 billion by 2025, while spending by the overall Muslim travel segment was estimated to reach US$300 billion by 2026.

Those under the age of 30 formed a bulk of the market, making up 60 per cent of the population in Muslim-majority countries.

Fazal Bahardeen, CEO of CrescentRating & HalalTrip, said Muslim millennials constituted a “fast-growing and increasingly influential market”, adding that this group would be entering their peak earning, spending and travelling life stage in the next five to 10 years.

A panelist at the report’s launch, Nisha Barkathunnisha, founder & principal consultant at Elevated Consultancy & Training based in Singapore, further pointed out that the report helped debunk the notion that Muslim millennials mainly resided in the Middle East.

Of the 372 respondents surveyed in the 2017 report, 88 per cent were from Asia-Pacific. This was congruent with geographical representation in other studies where only 20 per cent of the world’s Muslims lived in the Middle East and North Africa, and 60 per cent resided in Asia.

“Service providers looking to tap into this segment need to understand their relationship with travel and what they value – such as authenticity, affordability and accessibility, as revealed in our research – while ensuring that they also cater to their faith-based needs and requirements,” Aisha Islam, vice president, core & digital products, Indonesia, Malaysia & Brunei division, Mastercard, said.

When it comes to the booking of accommodation, Muslim millennial travellers typically opted for OTAs and direct booking channels. They prioritised affordability, location and free Wi-Fi when selecting accommodation. In terms of Muslim-friendly services and amenities, they valued availability and proximity to halal food options, mosques and prayer facilities.

Notably, while Muslim millennial travellers said they preferred halal-assured and certified places, they were open to patronising seafood- or vegetarian-only restaurants if such establishments were not available.

Travel providers up their game
Even beyond AMEA, travel players are catching on to the potential of this sub-segment, interviews by TTG Asia showed.

Barbara Sette, managing director, Sette Reps, the appointed representative in Malaysia, Indonesia, Singapore and the Philippines for specialised local operators from West Central and Eastern Europe, Balkans and Russia, said: “We have been running escorted tours for Muslim travellers to the Balkans and Spain since 2014. Initially, these tours were popular with the senior market but we (have since) observed growing interest from young couples and small groups of millennials.”

The company is also seeing a trend of millennial Muslims extending their stay in Europe after their Umrah pilgrimage.

Apart from allowing time for prayer in hotel rooms or mosques, the company also designs its itineraries such that stops can be made for halal dining. “It took us a few years to develop such tours as there are restaurants in Europe claiming to be halal but in fact are not ‘fully certified’,” Sette explained.

As well, it holds roadshows to Indonesia and Malaysia to facilitate information exchange between its European partners and local outbound agents.

Outbound agents opined that lack of access to halal food in longhaul markets has not been a major deterrent to selling longhaul destinations – especially when targeting Muslim millennials – having found creative solutions to circumvent the challenge.

Adam Kamal, manager, Aidil Travel & Tours based in Kuala Lumpur, said: “We need to be creative when creating itineraries outside Moscow and St Petersburg, or to Eastern European destinations such as Croatia, for example. When halal food is unavailable, we inform clients to bring food from home. In some locations, (arrangements can be made for) Malaysian Muslims living abroad…to prepare food for our guests.”

The company also caters to women millennial Muslim travellers. Being less adventurous than their male counterparts, they place greater emphasis on safety and prefer to be accompanied by a local guide.

Meanwhile, Aidil Travel’s Adam said Muslim millennials are venturing further afield, thanks to LCCs offering affordable airfares, and the availability of budget accommodations such as ecolodges and homestays.

And in Spain, Eva Maria Riesgo Ramos, tourism counsellor South-east Asia, Australia and New Zealand for the Embassy of Spain, tourism division, said that in 2016, a fam trip to Madrid, Cordoba, Seville and Granada was held to showcase Muslim-friendly facilities to outbound travel agents from Indonesia, Malaysia, Singapore and Brunei.

This year, a 13-episode travel documentary on Spain will be produced, targeting Muslim millennials and young working professionals. The television series will touch on topics ranging from the country’s historical ties with Morocco and North Africa and the resident Muslim population in the modern day.

Andalusian Tourism and Sport’s marketing officer, Jose Maria Perez, further shared that there are plans to publish a halal tourism guide, with listings of halal restaurants, among others.