The possibility of Chiang Mai becoming a gateway for longhaul travellers is welcome news. By S Puvaneswary 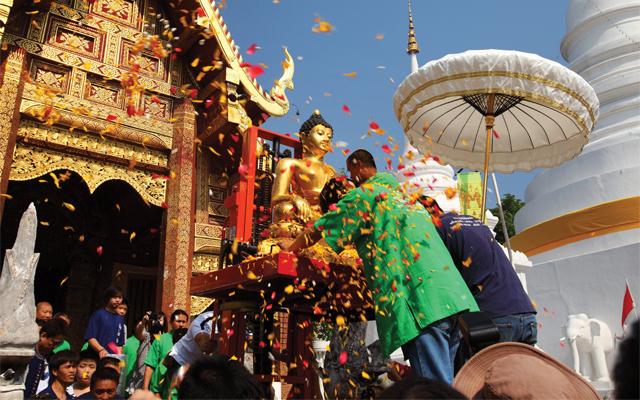 Malinee added that the opening of TAT’s first office in Sao Paulo in 2018 will help to develop markets and drive traffic from South America. Moreover, as a longhaul destination, Malinee opined that Chiang Mai will attract tourists from niche segments such as luxury and honeymooners.

Yves Van Kerrebroeck, managing director of Bangkok-based Asian Trails, indicated that the new flights will offer more opportunities to tap into the source markets Qatar has connections to.

“These could be Qataris or expats working in Qatar and its surrounds, as well as European and Latin/North Americans,” he said.

“I don’t see Chiang Mai as a standalone destination for the longhaul market, but it could in some cases work as a starting point for some tailored and unique longhaul products. For example, we have an overland itinerary combining the northern regions of Thailand, Laos and Vietnam. Such a programme is a perfect match for Qatar’s direct Chiang Mai flight, so we will promote this new option to our partners in Europe, Latin and North America,” Van Kerrebroeck shared.

TAT’s governor Yuthasak Supasorn pointed out: “The entire Northern Thailand region is worth a stay of at least 10 days. If you add the neighbouring countries of Laos and Myanmar, which are just across the border and easily accessible by road, the importance of Chiang Mai as a gateway becomes more apparent. It is highly unlikely that people who travel such long distances will return home after spending only a few days in Chiang Mai.”

Meanwhile, Klaus Ludwig, general manager at Kulturen Leben in Rüsselsheim am Main, Germany, added: “People travelling all the way from Europe won’t want to just see Chiang Mai. They will want to explore other parts of Thailand or Asia. Thus, the flights open up the possibility of making Chiang Mai a main gateway. Chiang Mai also has direct air connections to Asian cities such as Singapore, Kuala Lumpur, Yangon and Hong Kong, so itineraries could also be combined with other cities in Asia.”