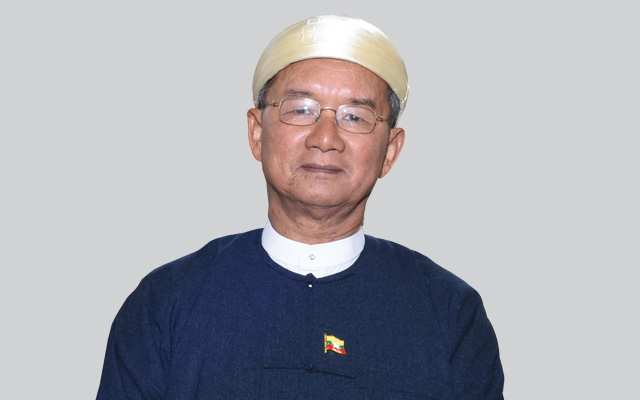 Expectations are high for Myanmar’s minister of hotels and tourism Ohn Maung, whose decades of practical experience as a hotelier and tour operator dates back to 1972 in his native Shan State. Xinyi Liang-Pholsena speaks to the veteran on how he intends to steer the fast-expanding tourism sector in the right direction How did you get started in the tourism sector?
Tourists started visiting the Inle Lake area from 1972. As I grew up in missionary schools in Myanmar, I am quite fluent in speaking English so I became the local translator for the tourists. At that time, guests often overstayed on the lake and returned late for their transfers back to Taunggyi – the only place where tourists were supposed to spend the night – so they would ask me for a night’s stay. This led me to decide to open a small lodge for tourists who came back late from sightseeing.

On April 1, 1976, I opened Inle Inn in Nyaung Shwe, a small lodge with 14 rooms. In 1995, I helped the Pa O people build a hotel called Golden Island Cottages on the lake as tourism grew. Then, in 1996, Road to Mandalay started cruise operations on the Irrawaddy River between Bagan and Mandalay. I decided to build an upmarket hotel, Inle Princess Resort, which opened in 1998, to receive their clients visiting Inle Lake.

Since taking on this minister role, what initiatives have you spearheaded?
I’m currently developing more destinations, people-to-people contacts by establishing community-based tourism (CBT) with the help of NGOs and INGOs, as well as DMCs, who have been my friends since I started my career as a hotelier to promote the tourism industry by creating CBT villages as new destinations. So far, we have launched nine CBT projects and another five are on the way. A newly opened CBT project is Sor Lor Village in Chin State.

For ecotourism, Chin State is a more promising destination because of its pristine nature and rich indigenous culture. The islands of Mergui Archipelago will be developed as new destinations to attract investment for eco and marine tourism.

For all these destinations, we need to improve infrastructure development such as new hotels, road access, extension of runways of the existing airports, etc.

What is most important is to improve tourism services through capacity building such as hospitality management, and tour guide and travel agent training according to the ASEAN standards. In these destinations, there are already 20 information counters set up and six new counters will be added this year.

Tourism development is one of the priorities of our NLD (National League for Democracy) government, which has continuously supported the tourism sector and even formed the National Tourism Development Committee, chaired by the vice president and comprising union ministers from related ministries.

Do you think Myanmar has been too liberal with hotel construction as there are signs of a room oversupply?
Tourism arrivals have increased from 1.6 million in 2012 to 2.9 million in 2016. Of course hotels are mushrooming across the country as tourism is increasing every year in tandem with the focus of the Myanmar Tourism Master Plan (2013-2020).

At present, we don’t have enough accommodation for incoming tourists during the peak season, so we need to build more hotels and prepare for the future increment of tourists. I don’t think Myanmar has been too liberal with hotel construction at the moment. For example, 12 new hotels will be built in Chin State in order to fulfil the accommodation needs of tourists visiting the destination.

You are a strong advocate for CBT. How do you balance growth with preservation of culture and the environment?
I believe that by developing CBT, I can increase the number of new destinations and let tourists have a chance to get in touch with the local people to share in their knowledge, understand their culture and improve the socio-economic well-being of the local communities.

I would like to bring development while preserving our culture, traditions and the environment to provide greater employment opportunities for all our people while sharing our rich culture diversity. We have developed codes of conduct for tourists, travel agents and locals with “do’s and don’t’s” booklets.

Do you think the recent negative coverage of Myanmar’s Rohingya crisis is affecting the country’s image on the global stage? Is an international destination campaign needed?
From the tourism development perspective, this issue does not significantly interfere with tourism development at local levels in Myanmar. We are doing international destination promotion now by participating in ITB Berlin*. We have more than 60 participants here at ITB Berlin as proof that Myanmar tourism is booming.

What do you hope to achieve by the end of your term?
I would like to see the tourism industry in Myanmar successfully achieve a new level of development with positive impacts and good results for the country and the people.

* Editor’s note: This interview was conducted in March during ITB Berlin