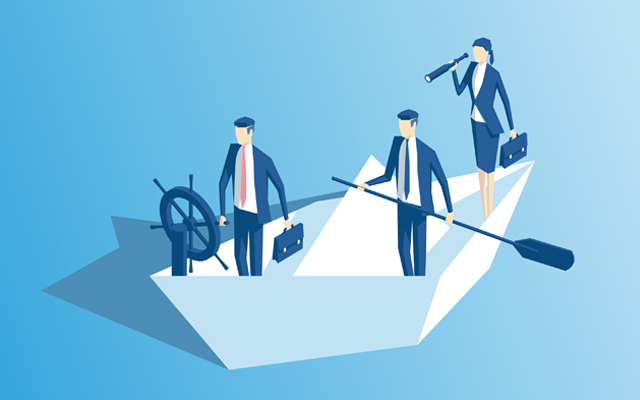 In a morphing travel landscape, Singapore travel agencies say they need guidance and unity. Alas, strong leadership eludes them for now. But there’s a chance for change, reports Pamela Chow The closure of GC Nanda & Sons shocked agents not only because it was a prominent agency that had operated for four decades but also because its managing director, Devinder Ohri, was leading the sector as president of the National Association of Travel Agents Singapore (NATAS).

That agents learnt of GC Nanda’s closure on May 30 only through the media, then officially in a NATAS circular on June 19 signed by Ohri as president, incensed some. A NATAS release three days later announcing Ohri was no longer president while Steven Ler had been appointed acting president and Simon Er as honorary treasurer only brought more questions, with Kay Swee Pin, president of the Singapore Outbound Travel Agents Association, a rival group, even calling it “deceitful”. Both Ler and Er had resigned as NATAS deputy president and honorary treasurer respectively between March and May.

“The president must be elected by shareholders… and if Steven Ler wants to assume the position, he must fight for it and not (have it) handed to him when he had already left the NATAS (executive committee),” Kay told TTG Asia.

In short, it was a circus. And even before news of Ohri’s departure had surfaced, “NATAS seemed to be plagued with leadership problems”, said Justine Koh, spokesperson for Chan Brothers Travel.

Stopgap
Ler’s appointment as acting president is a stopgap, to fulfil all the duties of the president until one is elected at NATAS’ next annual general meeting (AGM) scheduled for May 2018.

“Given the trust and confidence from their colleagues in the exco, both were encouraged and committed to take on their roles and lead the association. We welcome them back and look forward to working them,” he said.

He added: “The next AGM will also be an election year. Members will be invited to nominate or be nominated for election into the exco for the next term of office 2018-2020. All positions in the exco will be opened for nominations.”

As NATAS undergoes a leadership overhaul, its members are left with hands wringing over challenges looming on the horizon. Agencies that TTG Asia spoke to expressed a need for guidance amid changing consumer behaviours that may leave traditional tour operators high and dry.

Exacerbating the climate of uncertainty is the spectre of even more competition from new players. Many agents expect proposed changes to the Travel Agents Act and Regulation being tabled will actually make it easier for new entrants to come in. Examples: As part of a tiered licensing regime, entities that sell or arrange tours within Singapore without passenger-carrying conveyance, such as walking or bicycle tours, would be exempted from a travel agent licence. As well, entities selling or arranging tours without accommodation can apply for a restricted licence with a lower paid-up capital and net worth requirement.

“I actually think that there will be more travel companies opening than closing given the changes in licensing being discussed,” said Robin Yap, president, Travel Corporation Asia.

Another worry is the lack of talent and the need for the industry to get younger people to work in the trade, said Seah.

Strong NATAS needed
Having guidance from NATAS is crucial in these critical times, Seah added.

“We hope that the association can help travel agents stay ahead of competition from the ever-growing online travel sites, by continuing to build trust in people that travel agents can help better than a computer can,” she said.

To members outside NATAS exco, the current state of the association is worrying.

Said Koh: “High turnover or frequent changes at the top may be a sign of larger organisational issues. We are concerned about whether there is commitment and conviction to turn around NATAS’ financial position of severe loss for the past two years, and at the same time, look after the interests of all NATAS members.”

When asked why NATAS is having a hard time, Robert Khoo, its former CEO who led NATAS from 2000-2013, said: “A few difficult and unreasonable members with selfish intentions tried to bring the travel fairs down. The travel fair is the main source of income for NATAS.”

Chan Brothers’ Koh said: “It’s not rocket science but we’d like to see them (NATAS) go back to the basics of being a good leader. Qualities include listening with an open mind, gathering feedback and seeking advice on future decisions affecting members at large instead of upholding the image as the leader at all costs.”

Holiday Tours’ head of MICE and leisure, Cindy Loo, said that it is important for the association to “work closely with IATA, STB and other government bodies to help the travel trade ride through the changing environment, and in the course of doing so, make the industry more resilient to future challenges”.

Adding to the list, Seah urged that ideal leaders “must have a clear and unwavering focus on the association’s vision” and “be able to make difficult decisions in a timely manner”.

Meanwhile, she said the recent episode has had “no impact at all” on Dynasty Travel, and NATAS events are running “as usual”. The biannual NATAS Travel Fair will next be held on August 11-13.

“The industry needs to stay reconciled and united to brace the challenges ahead,” she urged. – Additional reporting by Raini Hamdi and Karen Yue