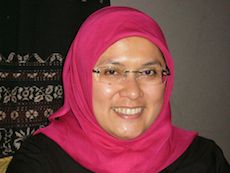 Eager to court the Muslim segment from the burgeoning Chinese outbound market, Indonesia is stepping up its promotion as a halal destination to China’s Xinjiang, which is home to the Muslim Uigher minority.

Speaking to TTG Show Daily, Rizki Handayani, director of promotion for South-east Asia at the Indonesia Ministry of Tourism, said: “Halal food is very important to the Muslim travellers. We have the advantage of having well-equipped facilities and people to manage this expectation.”

For Xinjiang’s large Muslim Uighur population, the “recommended halal destinations” for them in Indonesia will be Lombok, West Sumatra and Aceh, Rizki pointed out.

As part of the NTO’s promotion efforts, Rizki shared that there will be an upcoming familiarisation trip for Xinjiang-based travel agents to these three provinces to educate them about the halal products in these destinations.

Said Rizki: “We want to show that apart from Bali, there are good offerings for (Muslim travellers) in our other destinations as well.”

The Chinese market accounted for the most foreign tourists arrivals in Indonesia between January and November last year, with 1.3 million Chinese tourists, up from 1.1 million over the same period in the previous year.

“There is still a lot of room for us to grow (in China),” she said, adding that most of the NTO’s marketing budget in the new financial year will be going towards the Chinese market.

Rizki added that Indonesia received 10.4 million visitors from January to November 2016, and is now setting an even higher arrival target of 15 million in 2017. Apart from China, the other top source markets are Singapore, Australia, Malaysia and Japan.