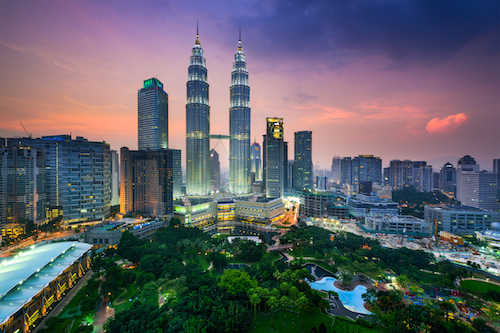 Tourism Malaysia is in the midst of closing its offices in Los Angeles, New York, Stockholm and Johannesburg to consolidate its marketing activities into more effective markets where there are direct flights.

Minister of Tourism and Culture Malaysia, Mohamed Nazri Abdul Aziz said that it was difficult to promote Malaysia in these markets as there are no longer any direct flights. Due to losses, the flag carrier suspended services to Stockholm and New York in 2009, Johannesburg in 2012, and Los Angeles in 2014.

Emphasising that longhaul markets continue to be important because they contribute to the length of stay, Abdul Khani Daud, deputy director-general advertising and digital, Tourism Malaysia, said: “The travel trade in the affected markets will be supported by other overseas offices. Tourism Malaysia will also leverage on digital marketing and be present in key travel tradeshows such as ITB Berlin and Matka Nordic Travel Fair.”

According to Mohamed Nazri, the savings of approximately RM4.5 million (US$1 million) in operational costs from the office closures will be used to open more offices in China and India. Both these markets produced some 2.3 million tourists to Malaysia in the first 10 months of 2016.

Hamzah Rahmat, president of the Malaysian Association of Tour And Travel Agents, said “the government has made the right move by putting its money where the return is good. China and India are two huge markets for Malaysia and there are a lot of direct flights”.

Shirish N Trivedi, president at Travel Leaders Baltimore, US, said he was not alarmed by the closure as he is supported by his partners in Malaysia and does not depend on Tourism Malaysia’s offices in the US.

Anne Neoh, director of sales, The Royale Bintang Penang, said the hotel’s US market share is growing annually. Tourism Malaysia’s restructuring overseas was not a concern for her as sales came mainly from OTAs.