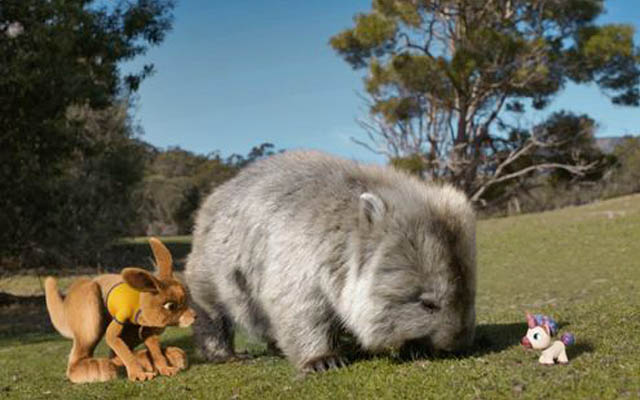 A fresh-faced brand ambassador and a sharper focus on aboriginal culture have been deployed as marketing tools in Tourism Australia’s latest Come and Say G’day campaign, the country’s first global campaign since 2016.

Set to run across all of Tourism Australia’s key international markets from October 20, brand ambassador Ruby, the CGI-animated kangaroo (voiced by Australian actress Rose Byrne) and her toy unicorn Louie (voiced by Will Arnett) take centre stage, bringing travellers on an adventure around Australia and its iconic attractions.

“Using a CGI character as a brand ambassador was a deliberate move on our part to cut through the clutter of destination marketing. Being an animated character, Ruby is versatile and able to live across all marketing platforms and channels, and across all languages,” explained Brent Anderson, regional general manager of South & South-east Asia, Tourism Australia.

He added: “Ensuring a regular pipeline of creative and compelling campaigns is crucial to sustain top-of-mind recall for Australia among travellers globally. Our efforts focus not just on destination marketing, but also conversion.”

Anderson also revealed that South and South-east Asia will play a key part in Australia’s tourism recovery, with four of its top 10 source countries for August 2022 coming from the region. Outbound travellers from India to Australia is at number two with 183,000, Singapore at number four with 173,000, while Indonesia and Malaysia are in the seventh and ninth spots respectively.

“For Singapore, the desire for travel was especially evident during the NATAS Travel Fair in August, one of the first major travel fairs in three years. Besides the better-than-expected turnout, consumers were also willing to pay more despite price increase in airfares and tour packages. According to our key trade partners participating at the fair, Australia was among the top five destinations, which included Europe, Japan, (South) Korea, and Turkey.”

When asked why a keener focus has been placed on indigenous tourism experiences in this particular campaign, Anderson shared that the segment has “been growing”, and is an “immersive experience” sought after by today’s conscious travellers.

“Prior to the pandemic in 2019, around 1.4 million international visitors participated in an indigenous tourism experience in Australia, a six per cent year-on-year increase since 2010. Our Aboriginal and Torres Strait Islander stories are rich and diverse, and have the potential to be a point of difference and an area of competitive advantage for Australian tourism,” he said.

Anderson noted that markets like Singapore are more aware of and receptive to Australia’s sustainable tourism products.

Currently, there are more than 500 tourism experiences, ranging from accommodation to tours, committed to sustainability. Travellers to Australia will also be able to make a direct contribution in preserving the country’s natural assets, such as through citizen science programmes where they can take part in wildlife monitoring activities, coral replanting, and regenerating flora and fauna.